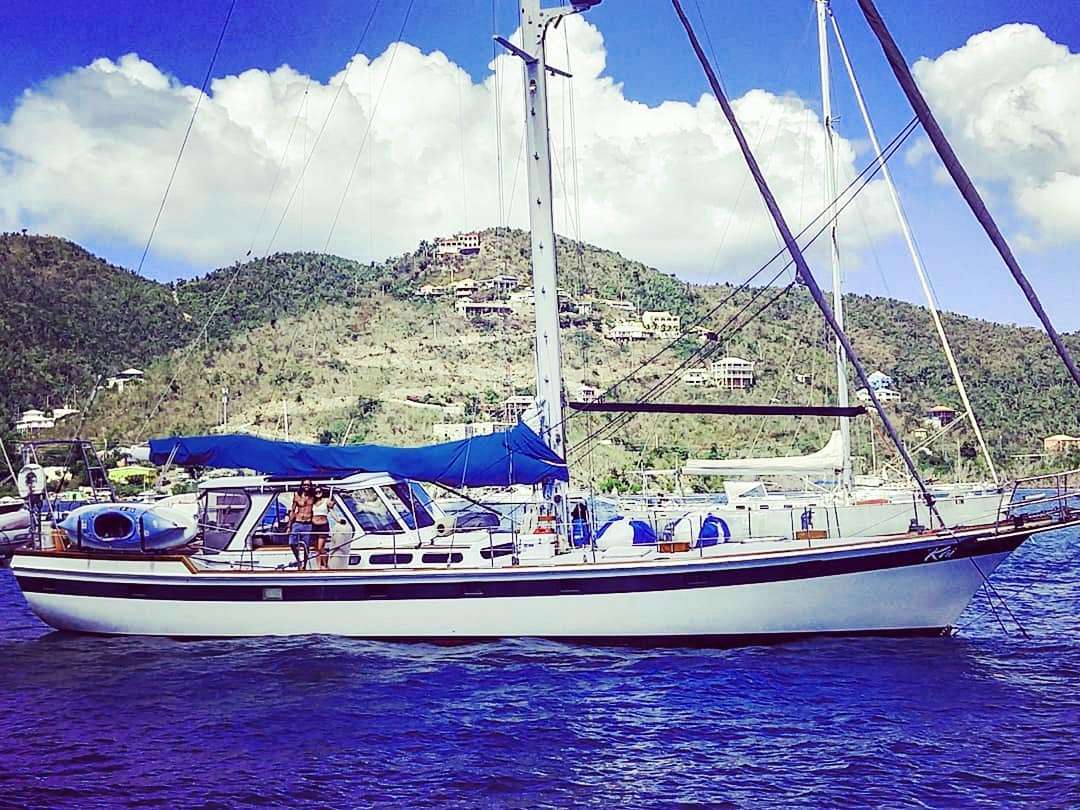 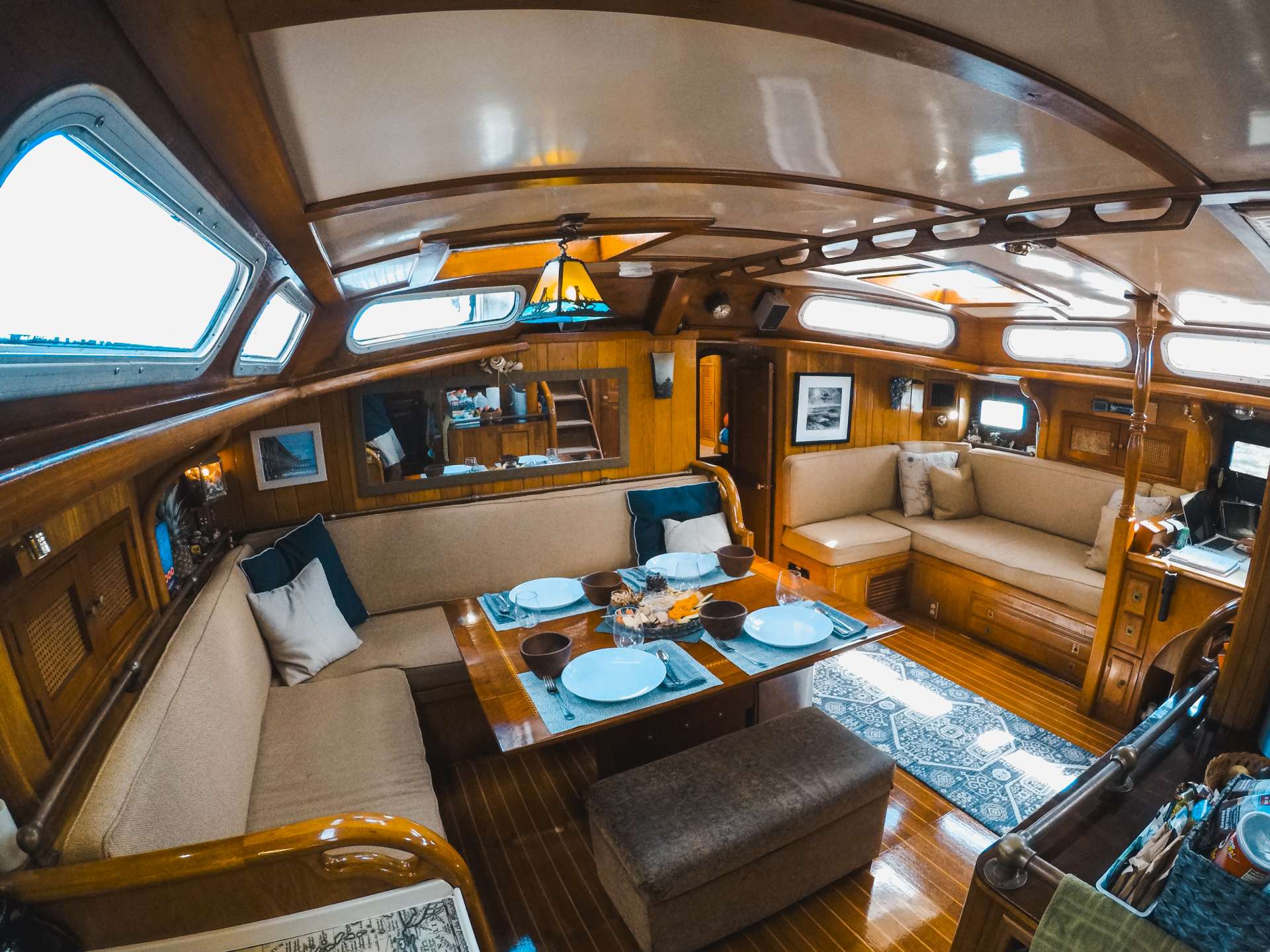 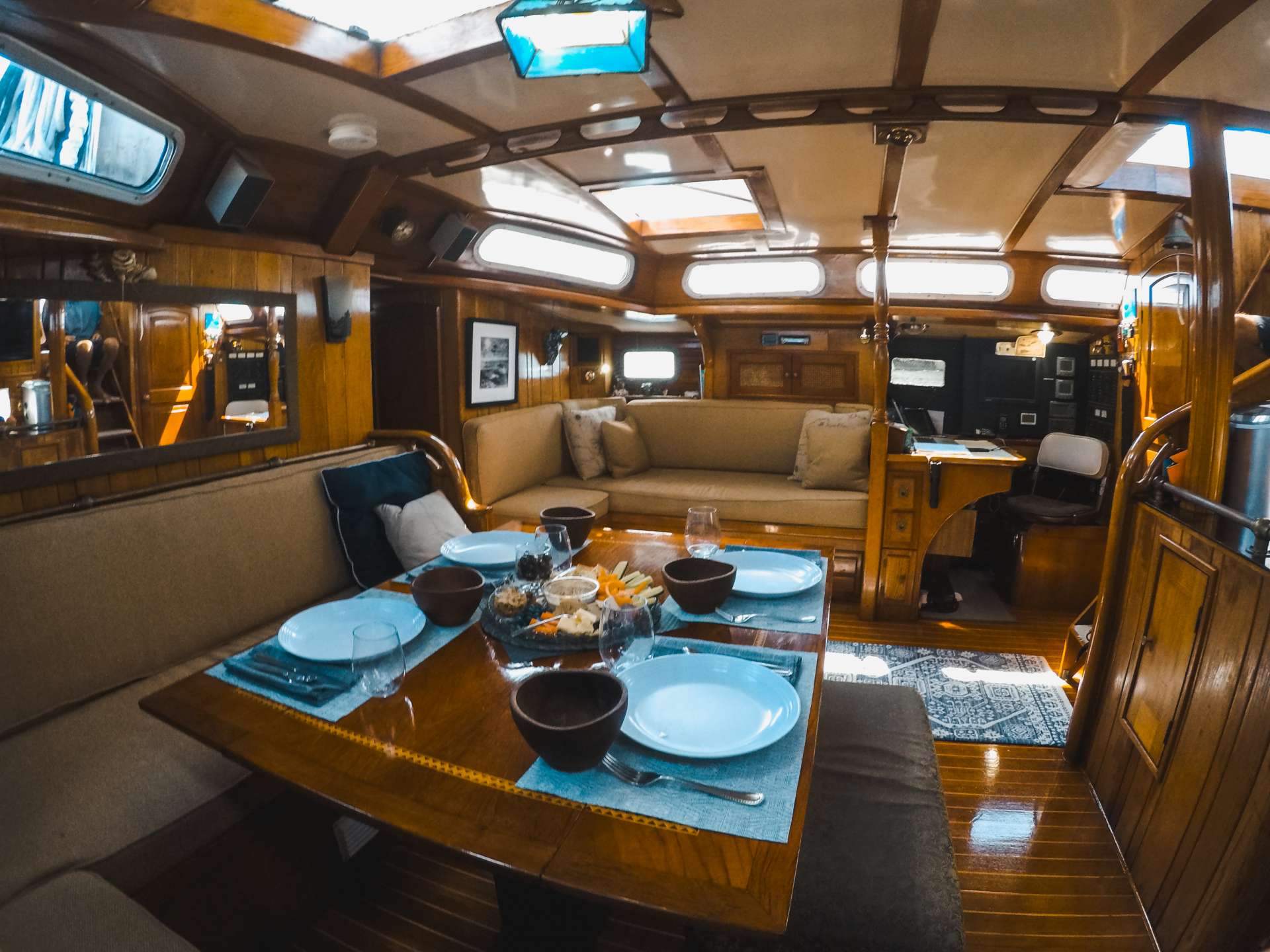 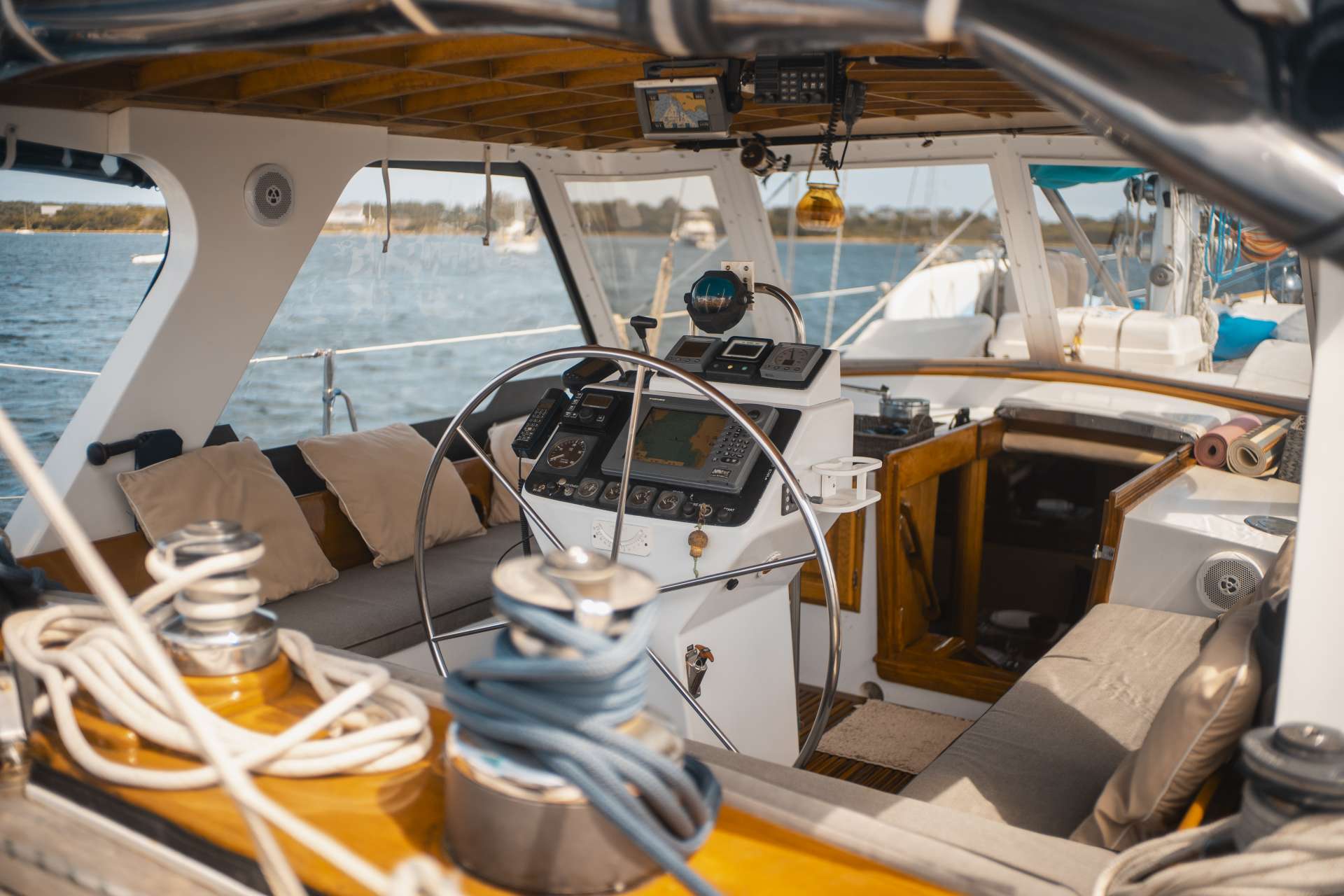 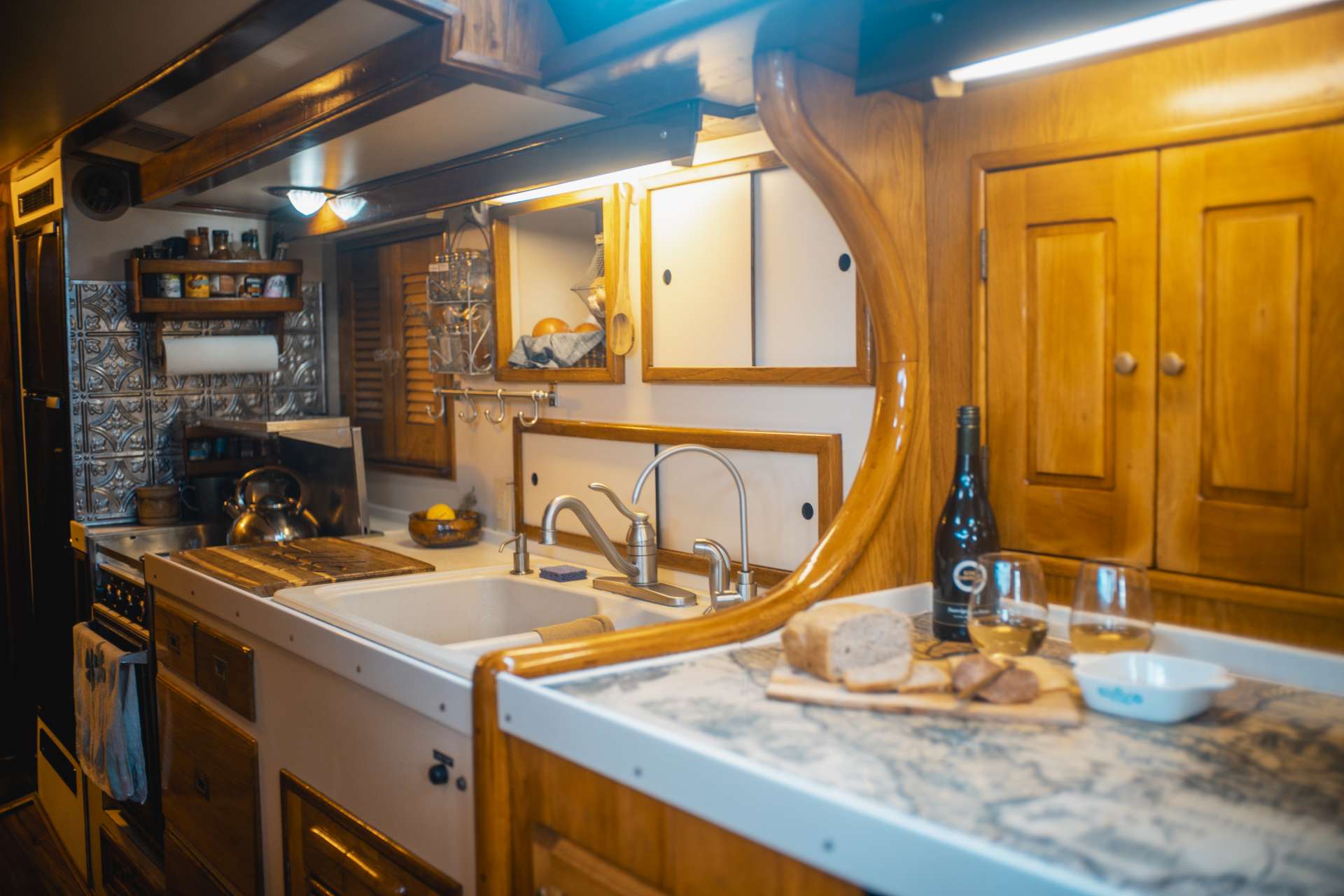 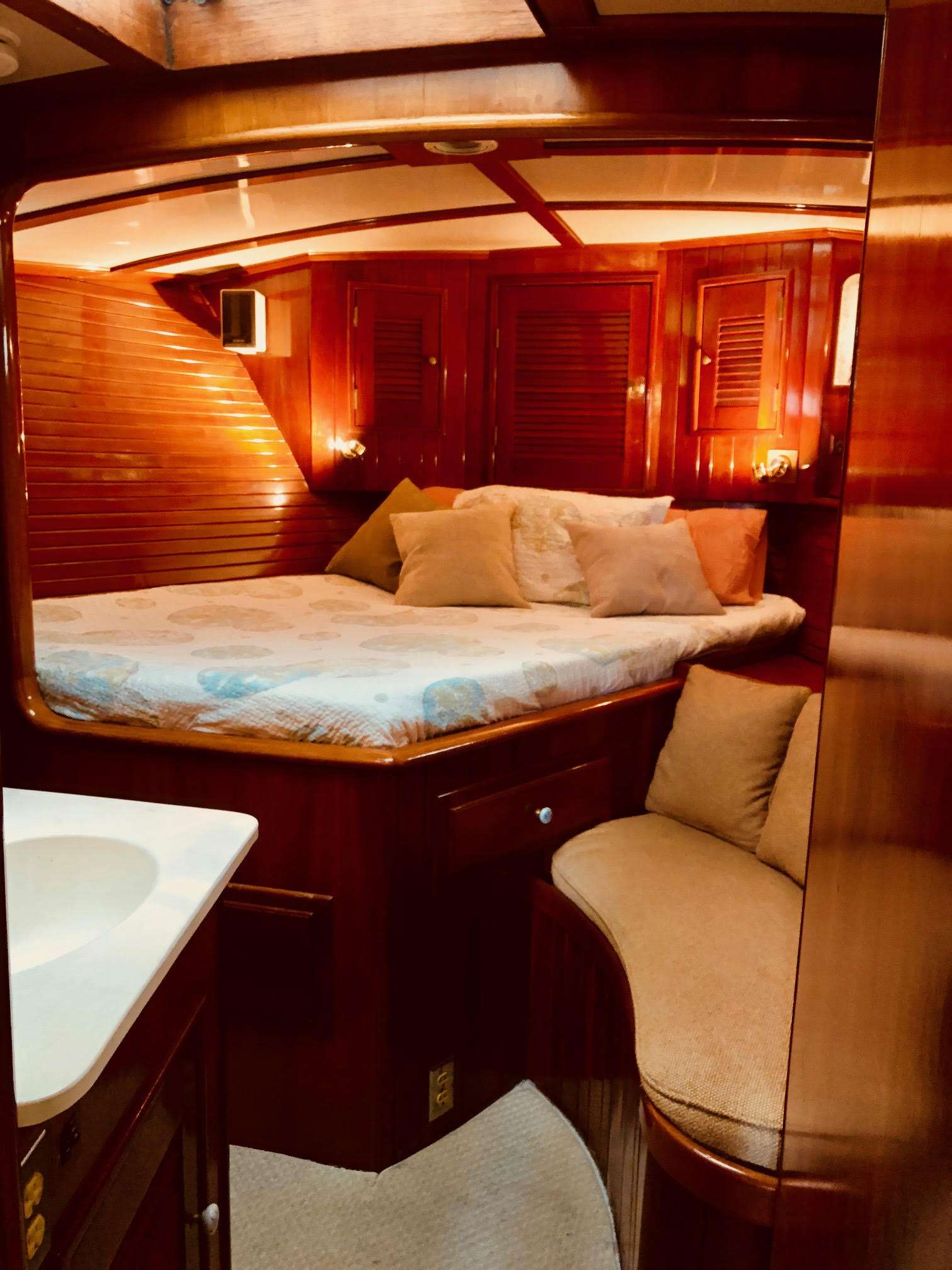 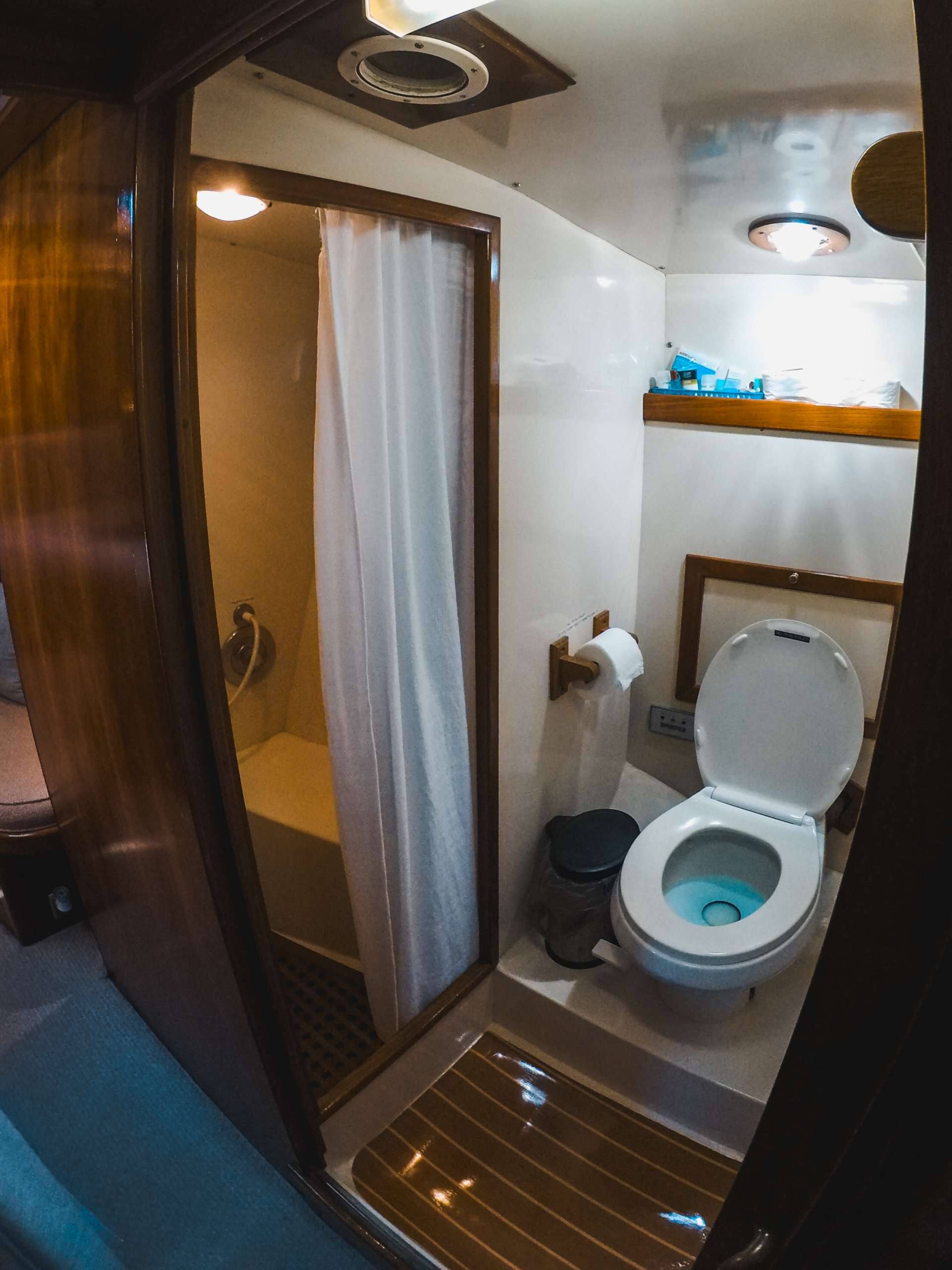 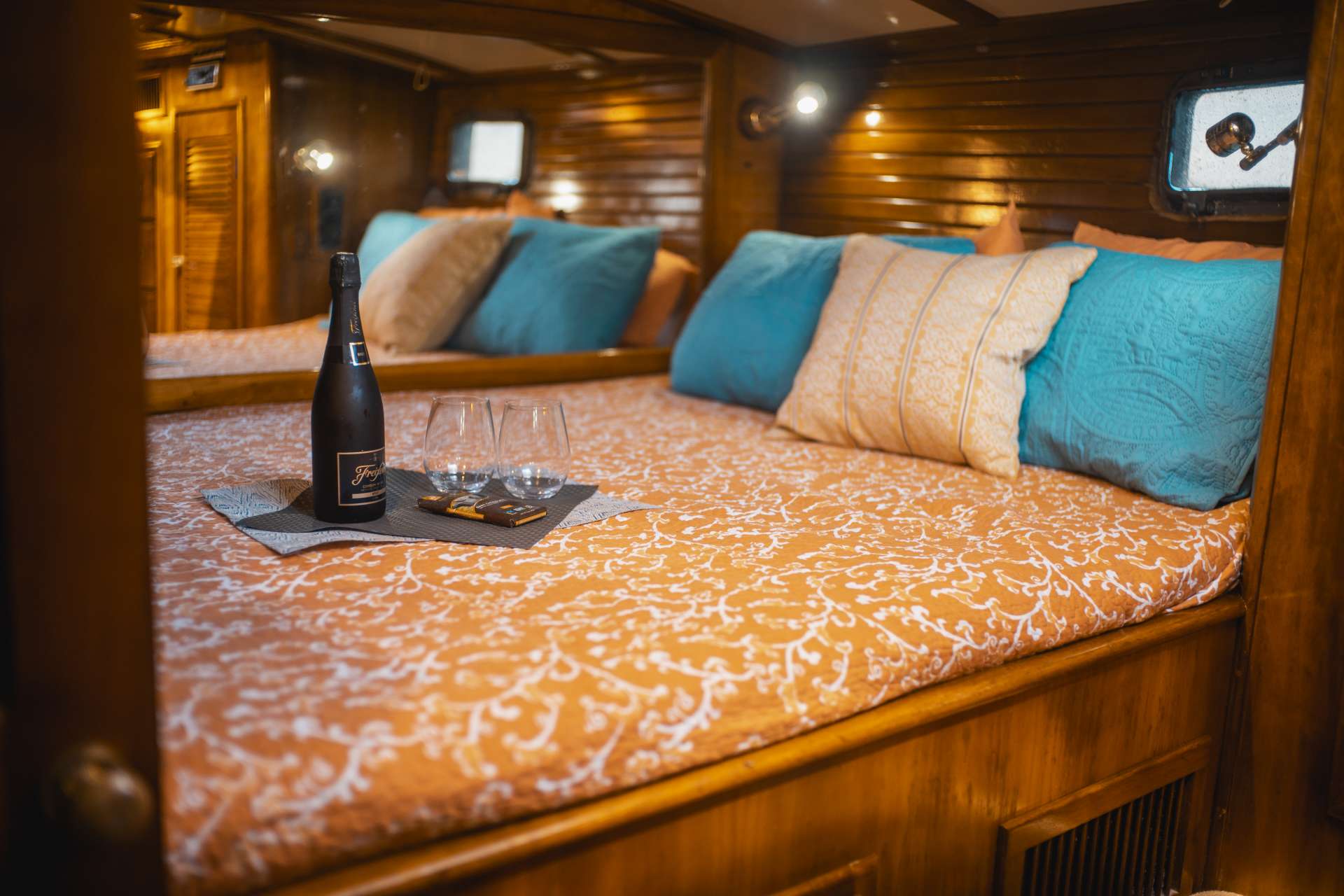 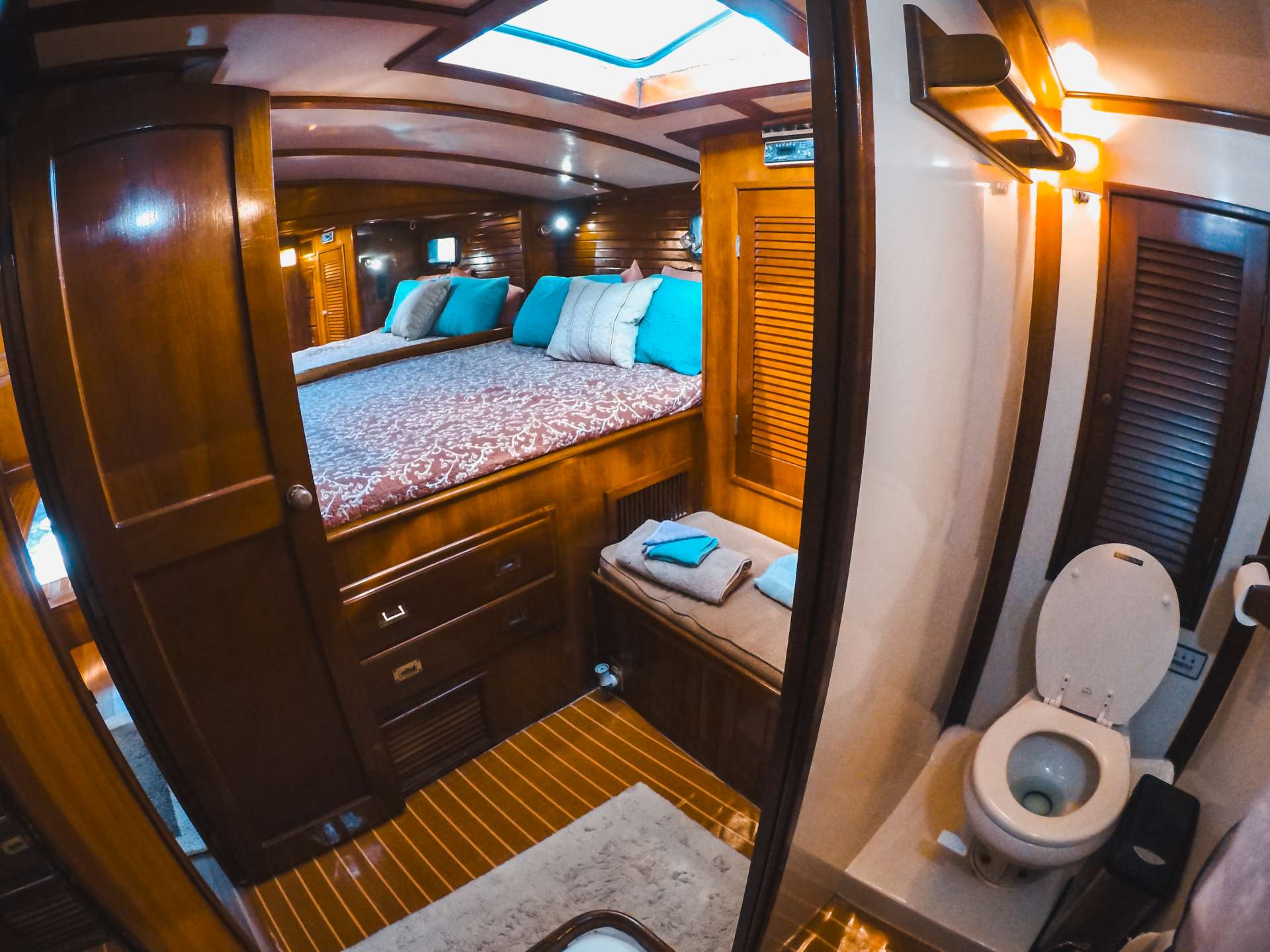 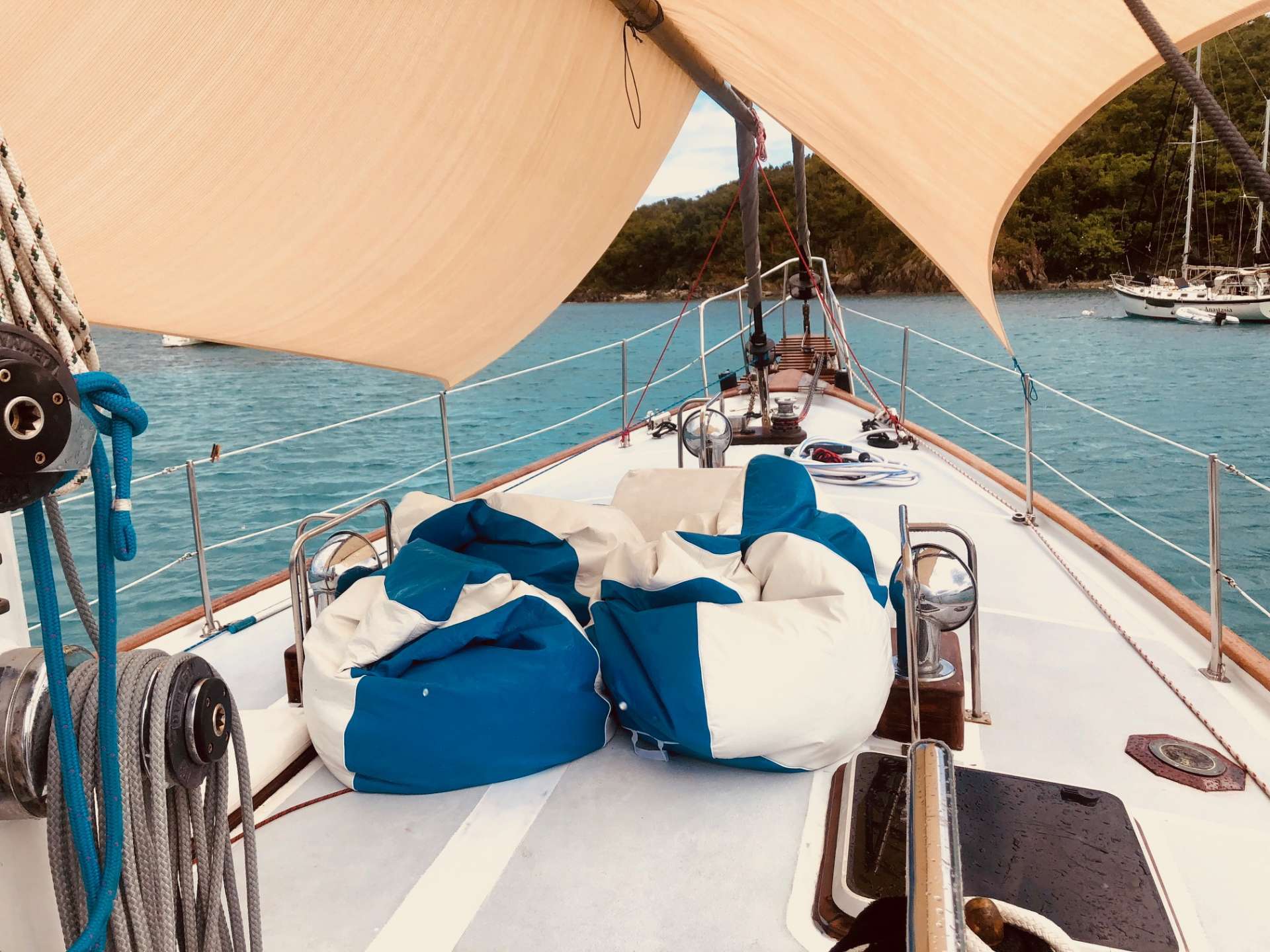 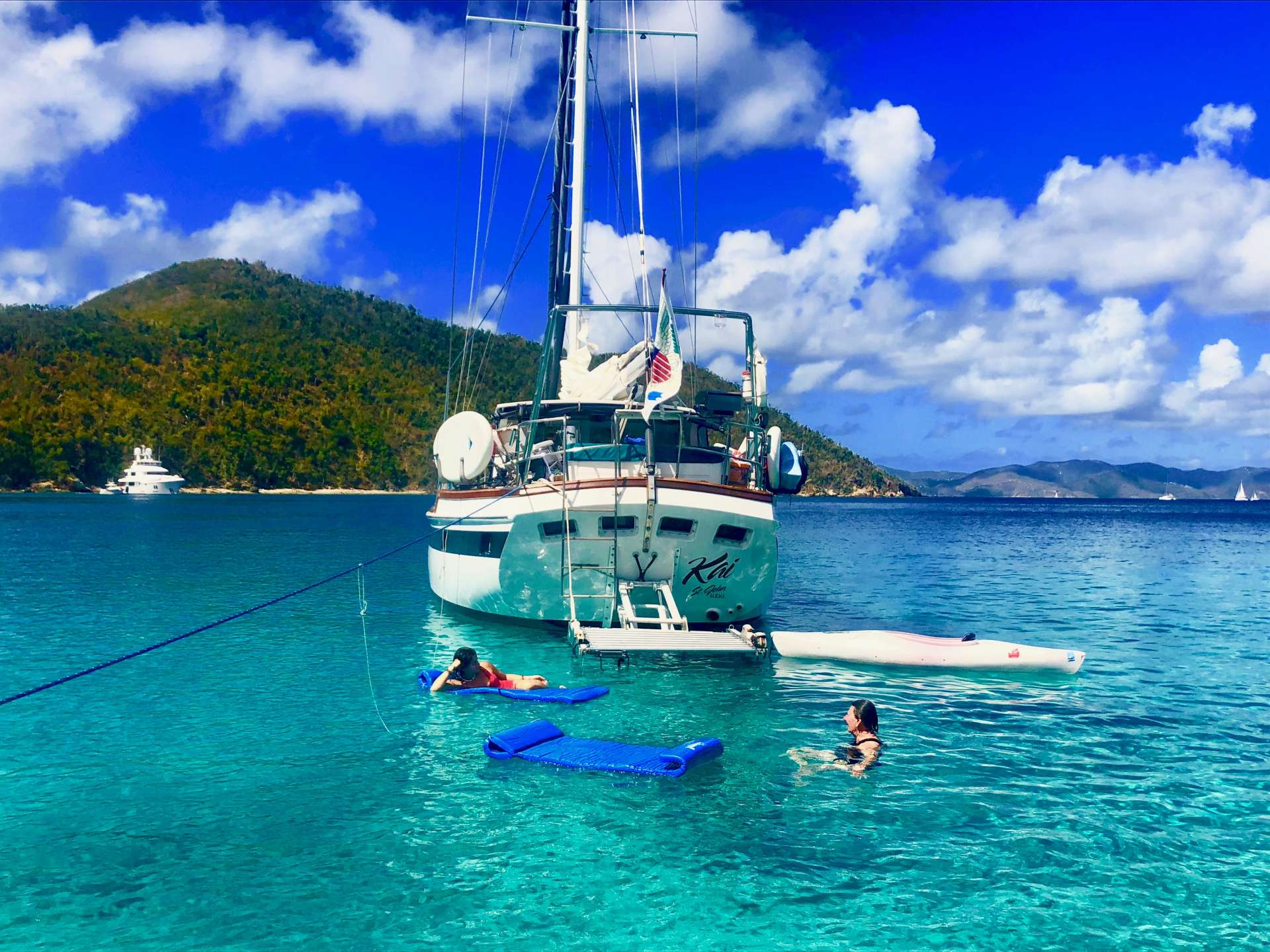 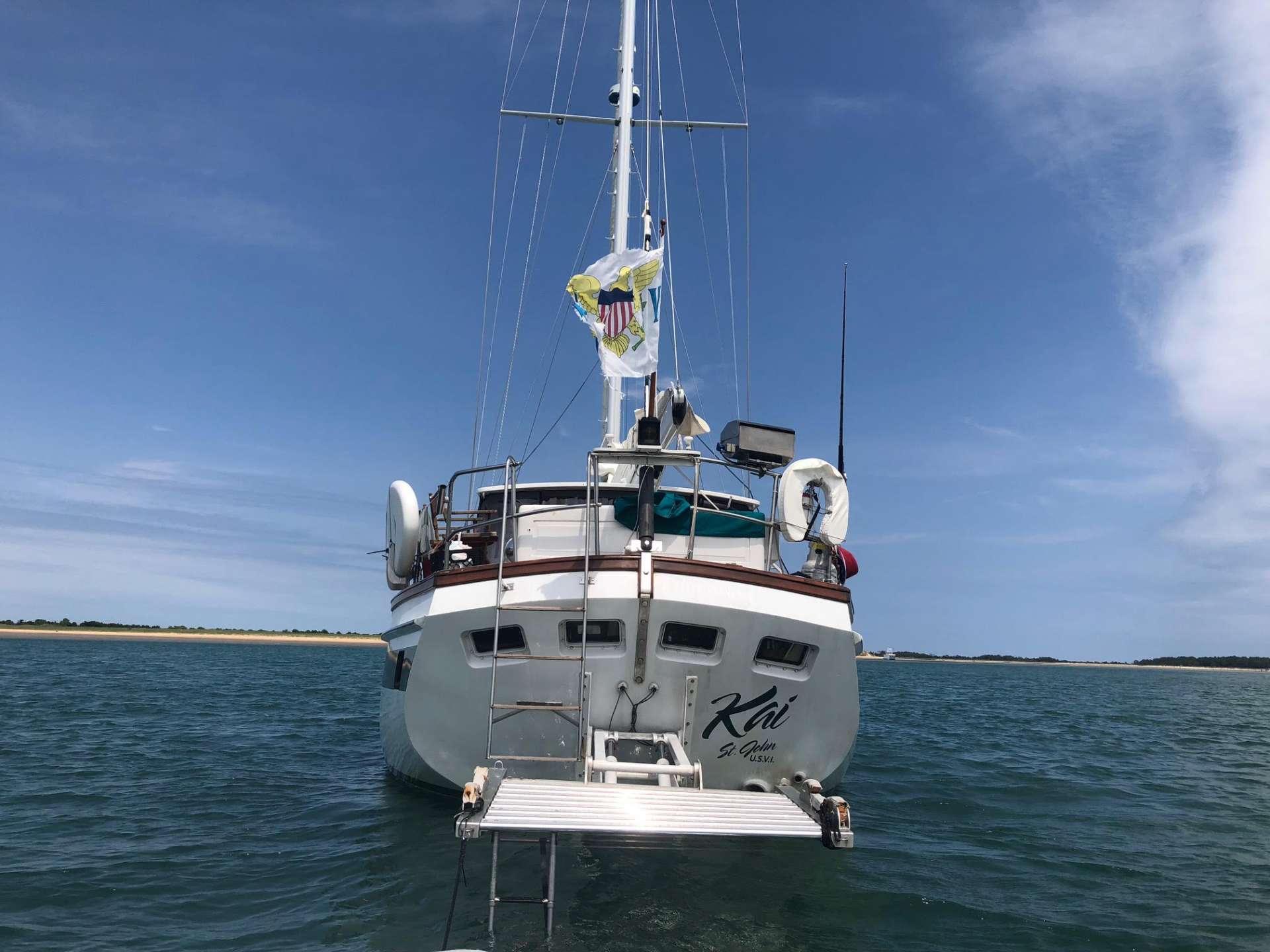 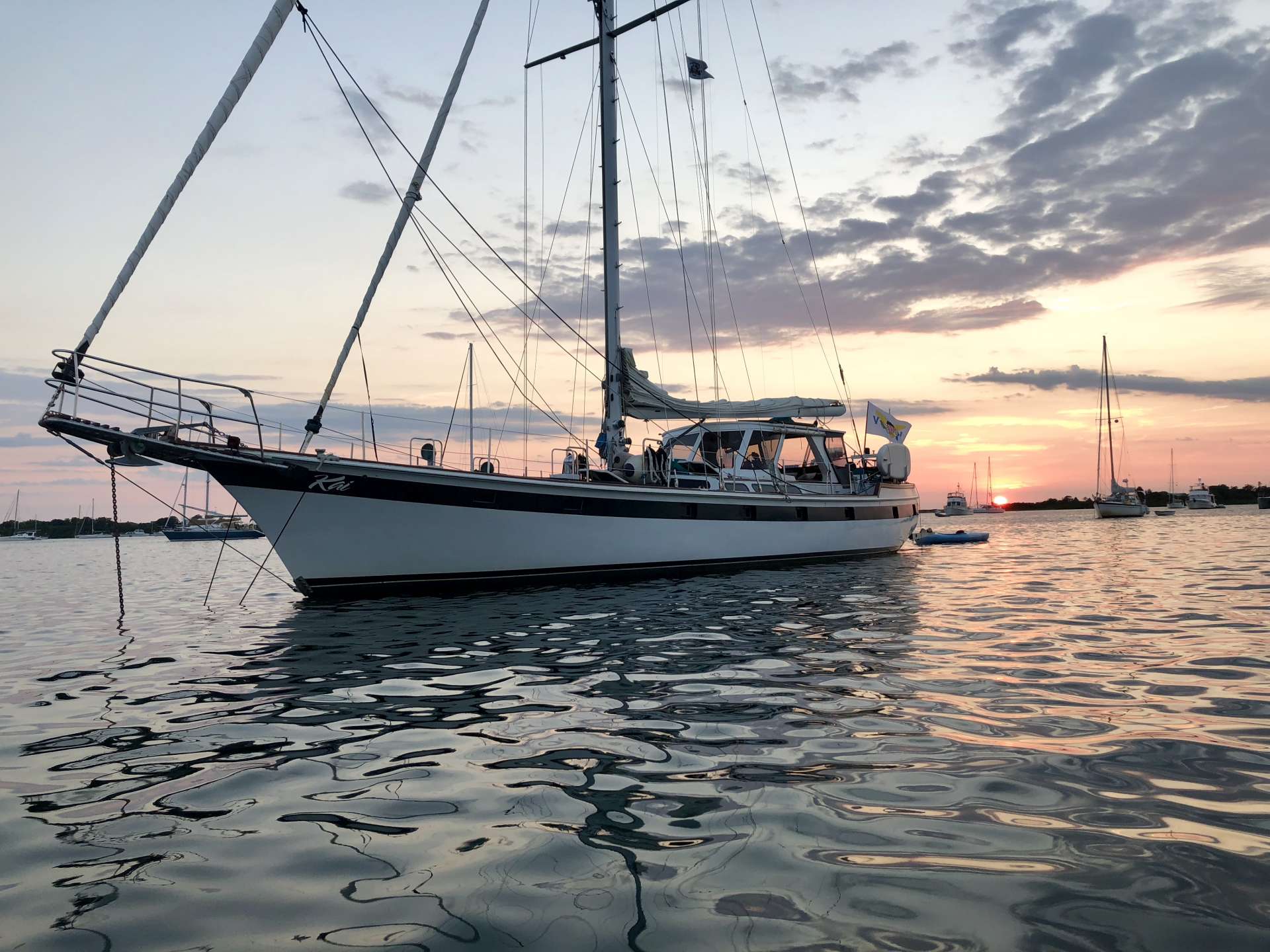 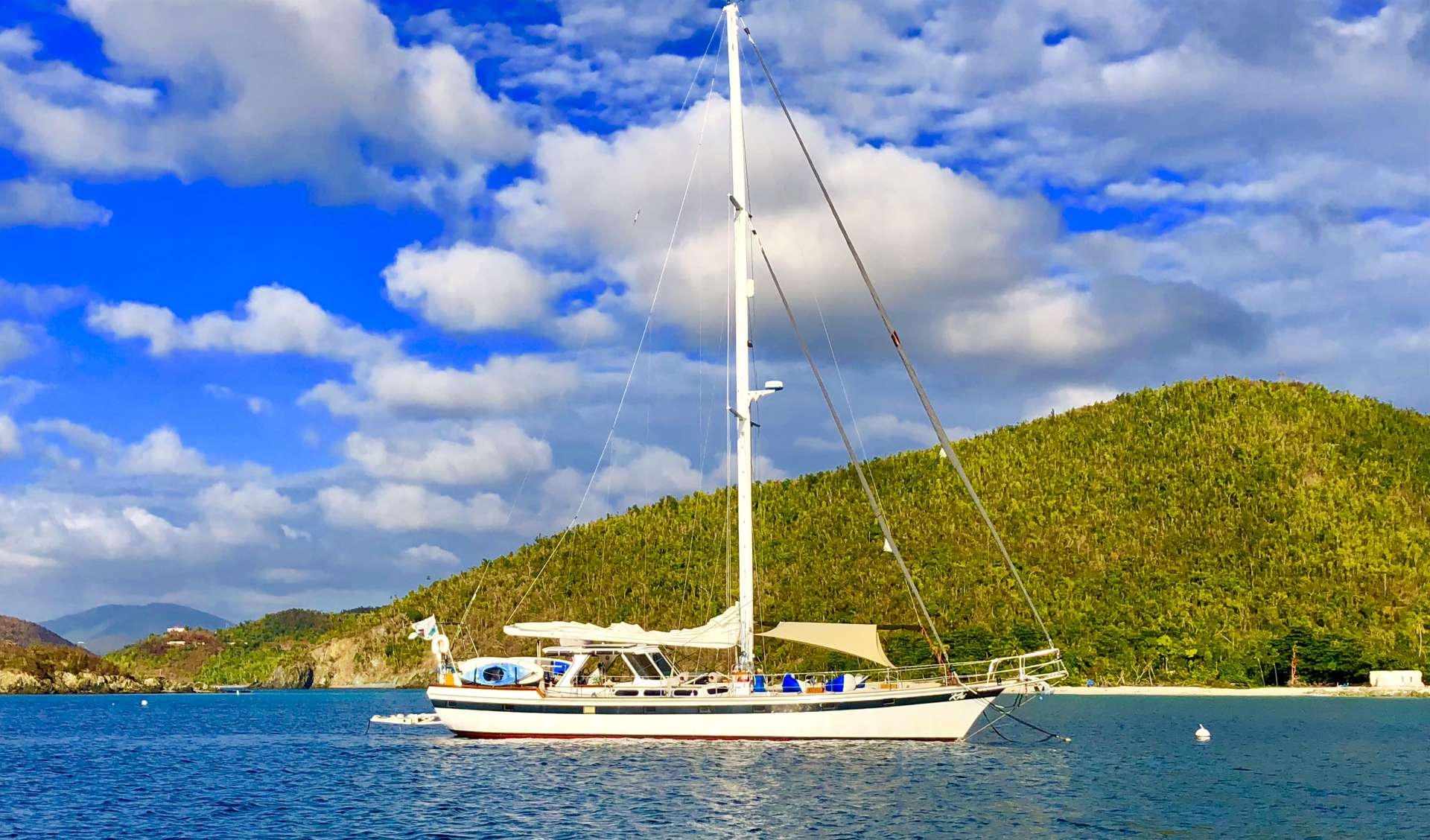 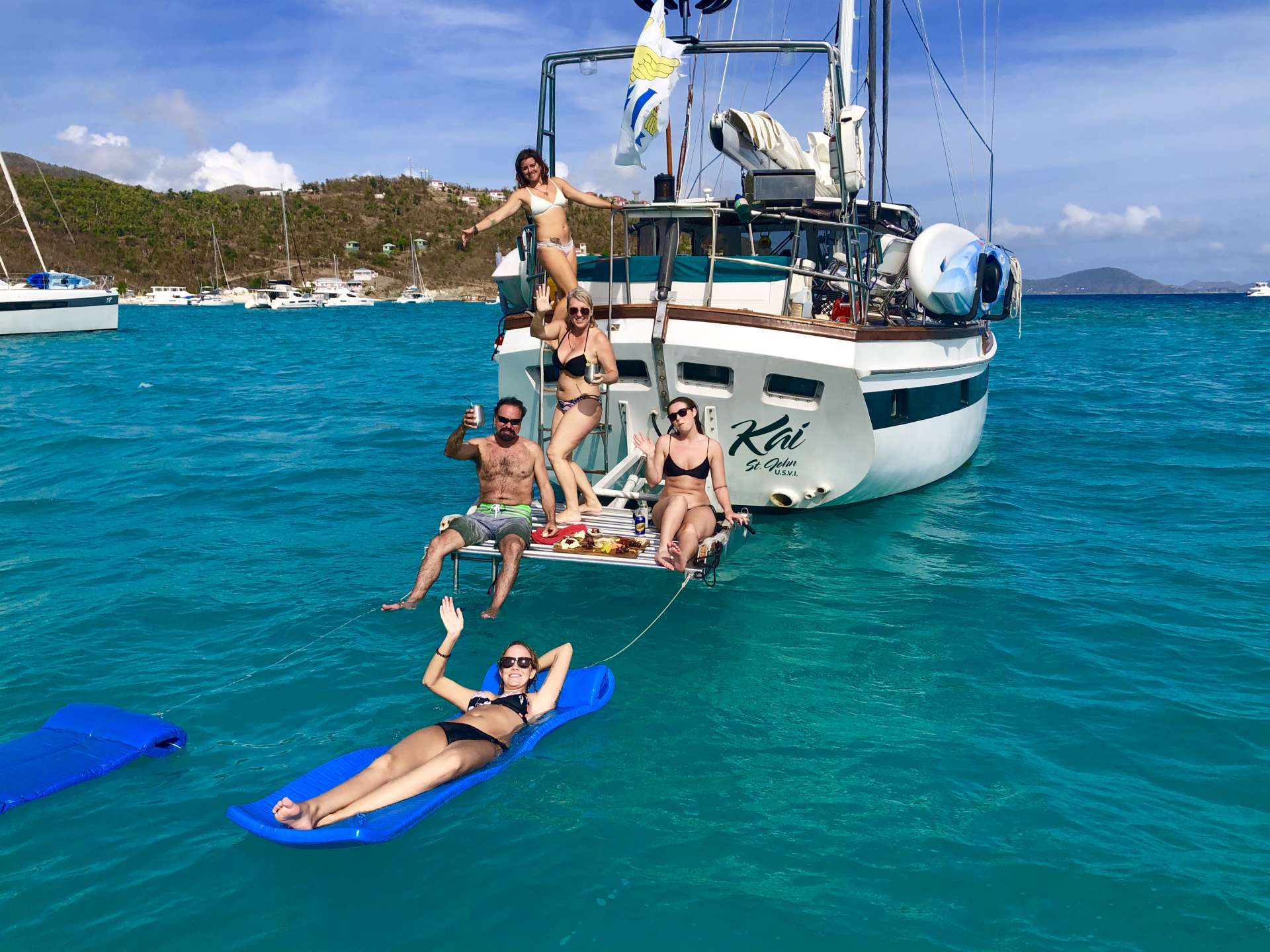 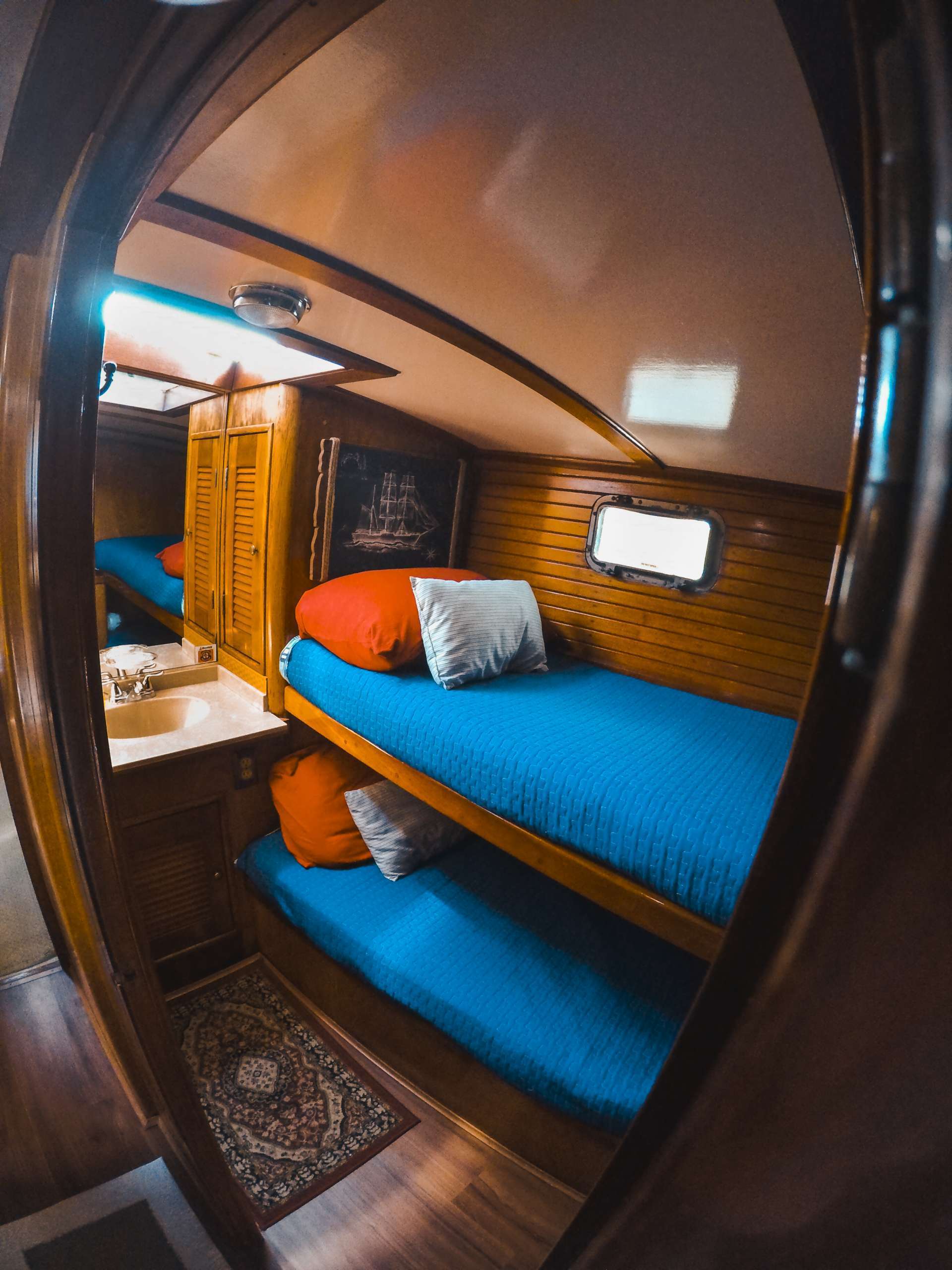 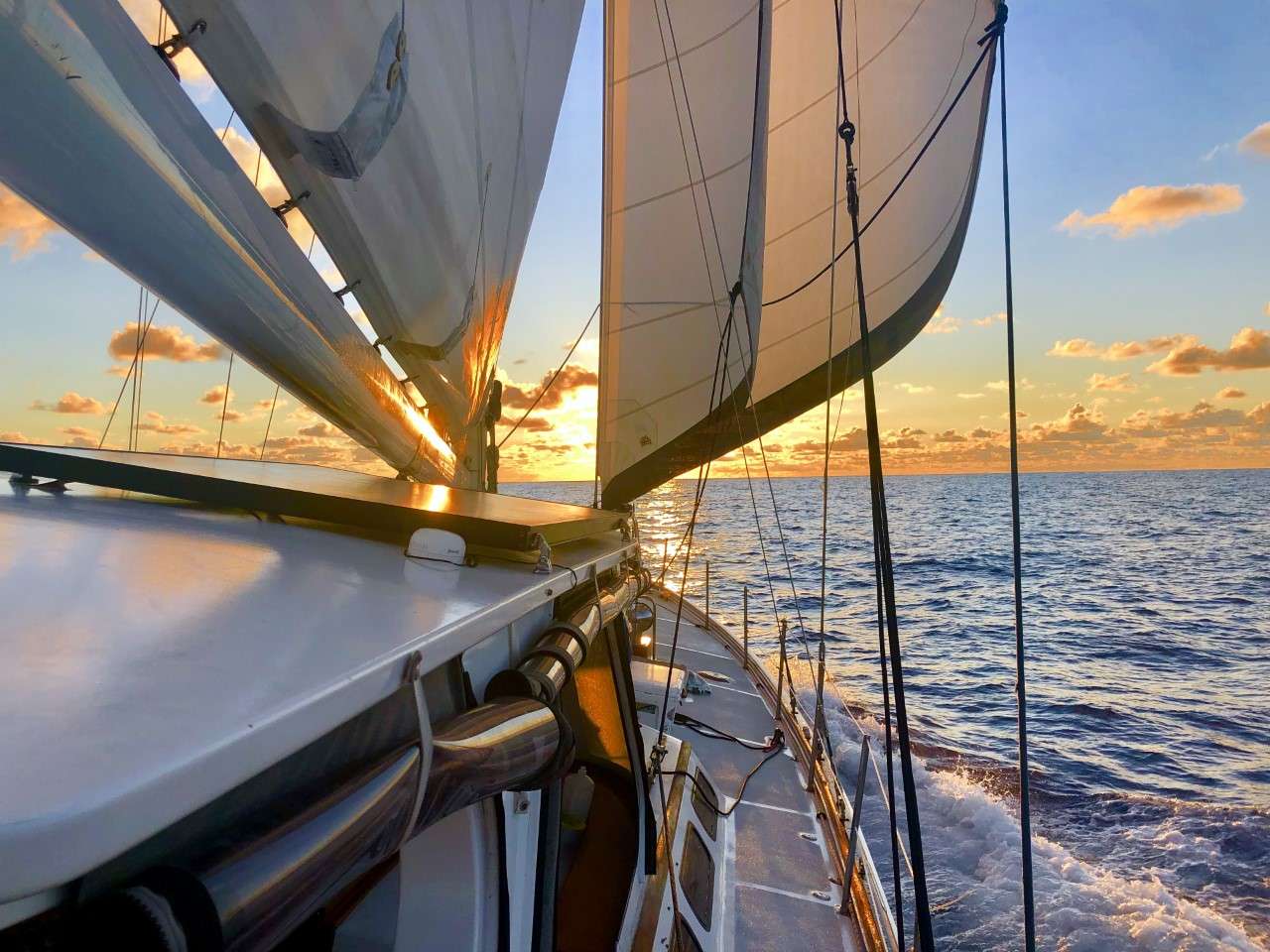 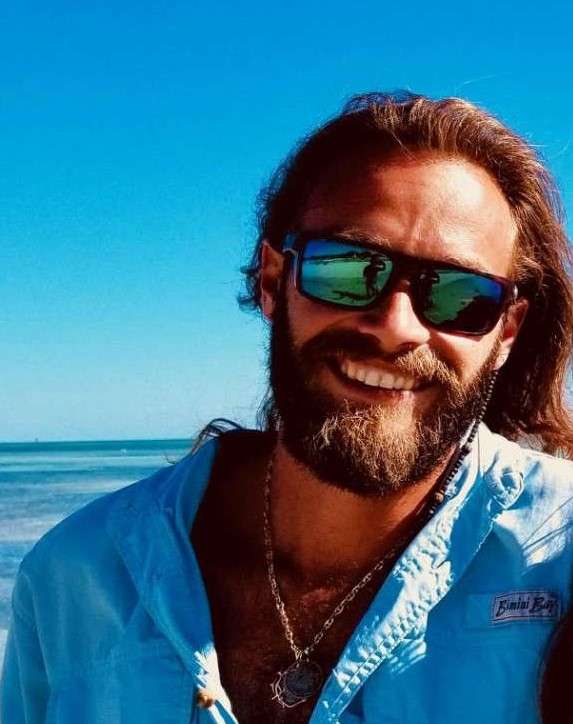 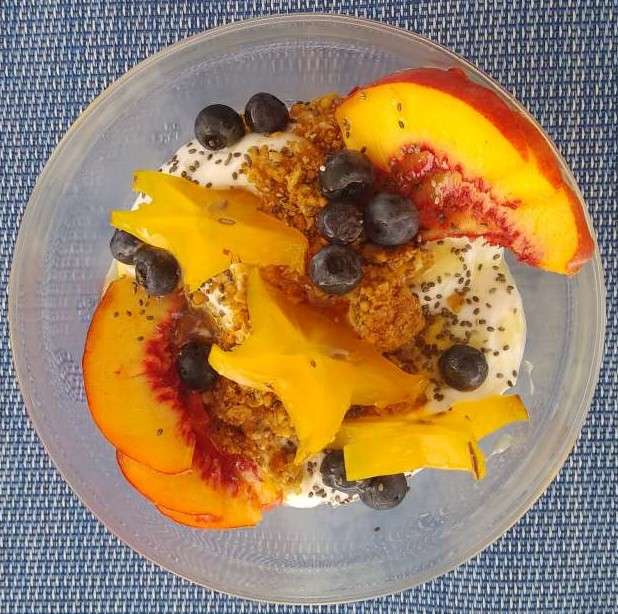 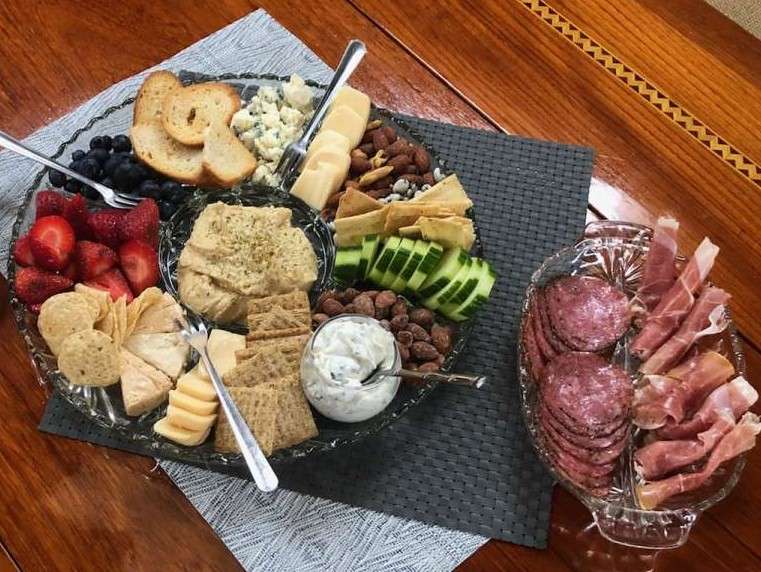 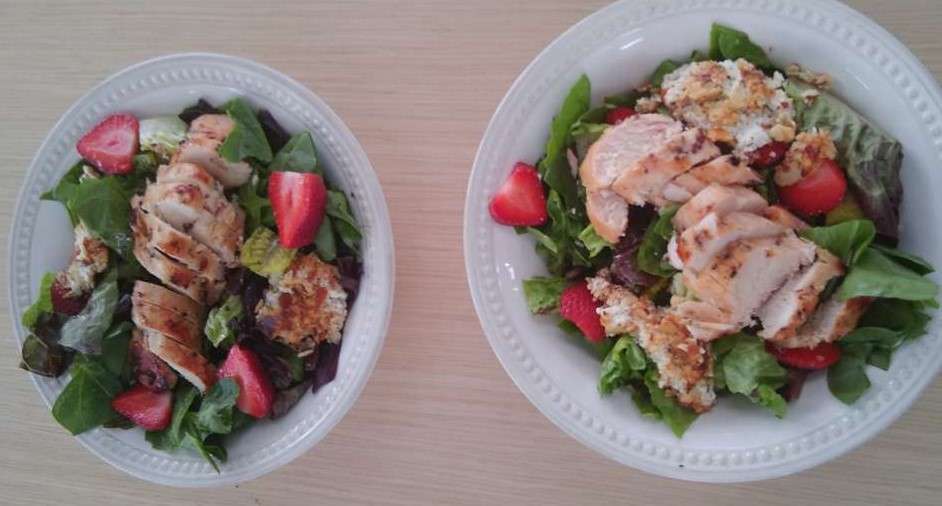 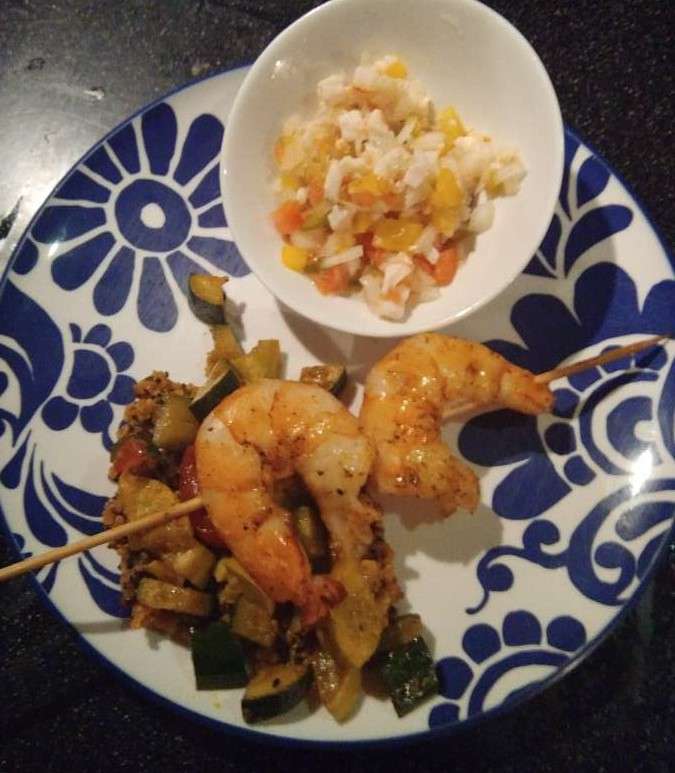 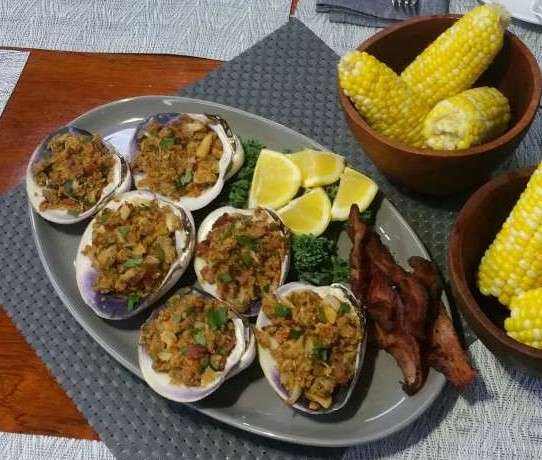 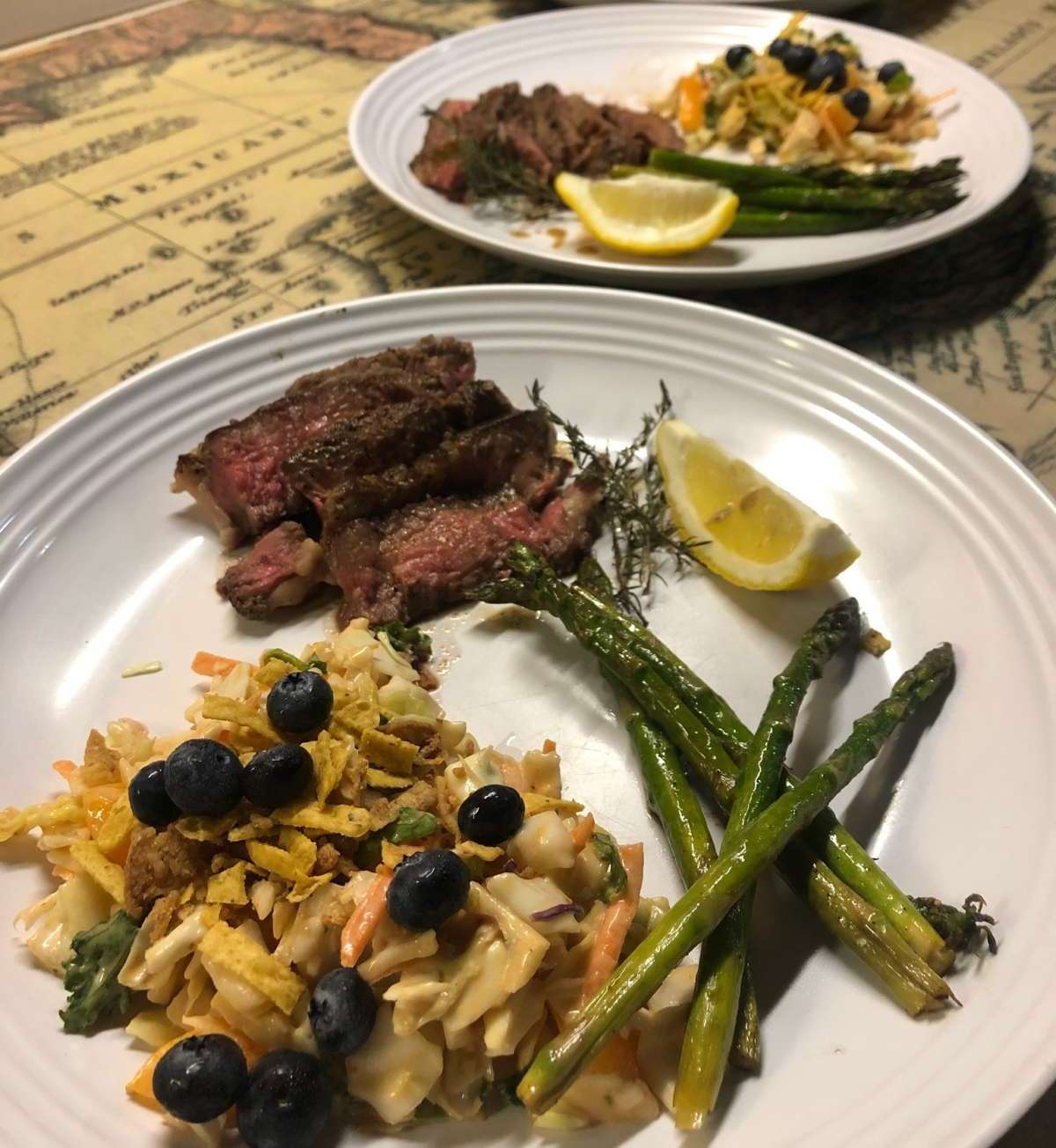 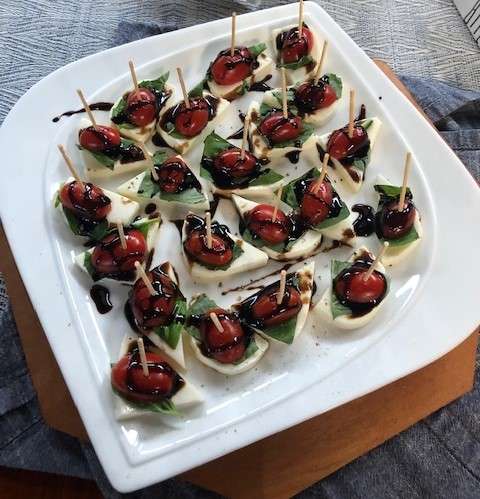 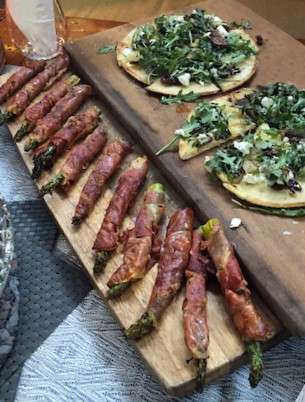 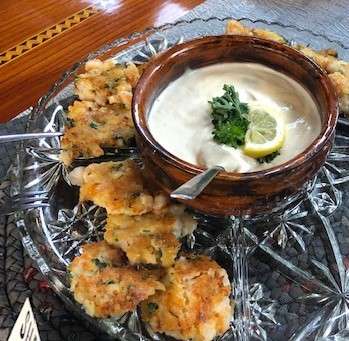 KAI – 78’ Wellington mono hull cutter sloop, built in 1983 and restored in 2017 with center cockpit pilot house with large ship’s wheel.  Dining is below, but the aft deck has chairs, and 4 bean bags on the bow give shade at anchor under awnings. Running on solar panels, the ship makes its own water and power, and the air conditioning runs on the generator. Available from St. Thomas during the winter and the ABC Islands – Aruba, Bonaire and Curacao – during the summer, the yacht charters for $8,700 to $16,500 weekly all inclusive for two to six guests (rates slide according to number in party); Christmas and New Year’s weeks are sold at a premium, $20,000 weekly, for either week.

Alyse, the chef, offered beautiful hor d’oeurvres to us, while we visited the yacht in November, 2019.  A graduate of Ashburton’s school of cookery, her menu included meatballs, steak with cilantro aioli, guava cheesecake, croquettes with sweet tamarind dip, which she explained is French food, only she added a Caribbean twist.  In her thirties, this her third year living in the Caribbean, she is cheerful with hair in a knot on her head, with chartering experience in both New England and Bahamas.  Justin, the captain, has been chartering since 2009 from the BVI to New England including Cuba and the Bahamas. Logging over 11,600 miles just this year alone, he’s not finished yet, as he’ll be leaving for the ABC Islands during the spring of 2020 to spend the summer there.  Cool, nice and casual, he sailed a boat load of nails to the Bahamians in Abaco, following the hurricane last year.  His shipment also included hundreds of pounds of rice and clothes.  Equally caring for people and the environment is Alyse, who started Project Green Flag, a crew driven initiative to get yachts in the Bahamas to go green.  When you sign one yacht to commit to ten ways they can an will go green, you get a flag.  Alyse signed up 22 yachts!

KAI sleeps six guests in three staterooms, all located forward of the saloon – Two have Queen beds and couch; the forepeak cabin is slightly larger, so they call that the master; the third stateroom has upper and lower single bunks.  So the yacht caters to two couples or families of five, ideally, although the yacht can easily accommodate six.  The three guest cabins share two bathrooms, but the bunk bed cabin has an ensuite sink, and the larger guest cabin ca enclose one of the bathrooms, making it ensuite. The crew sleeps aft.

Justin owns the yacht and does all the maintenance himself. The yacht is old, but Justin is nice.  There is lots of air conditioning, available for addtional cost of $80 a night to cover fuel.  In addition to term charters, Justin does sail training charters, offering offshore experiences to people looking to buy yachts, yet not having quite enough experience to get captain’s licenses to run them.  Justin gives them an offshore experience to help them get the hours they need and feel comfortable.   He and Alyse also do wedding charters, catered and uncatered, and sunset sails.  He is happy to charter in the Grenadines, particularly in summer.  If anyone wants to sail the Spanish Virgin Islands, Justin is willing and loves it!  You need to want to sail to do the Spanish Virgin Islands, he says.  “Fo catamarans the return trip is rough, but a mono hull vessel digs her keel into the waves and stays there, returning up wind….