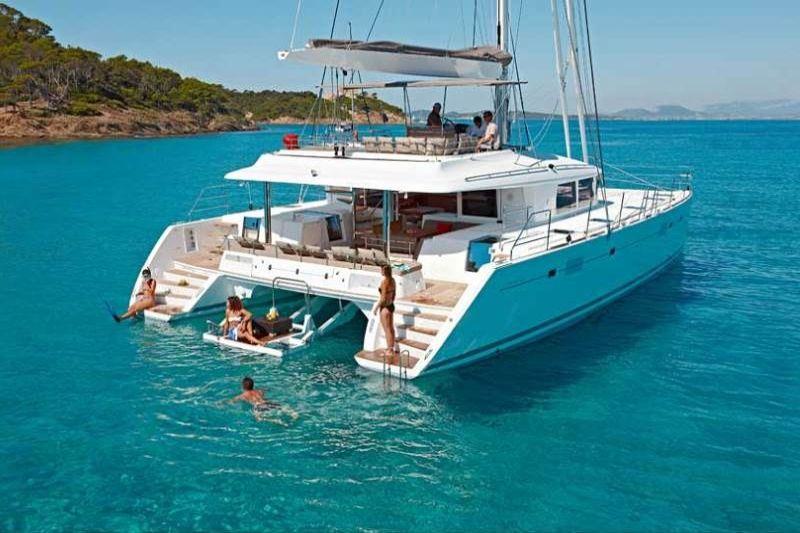 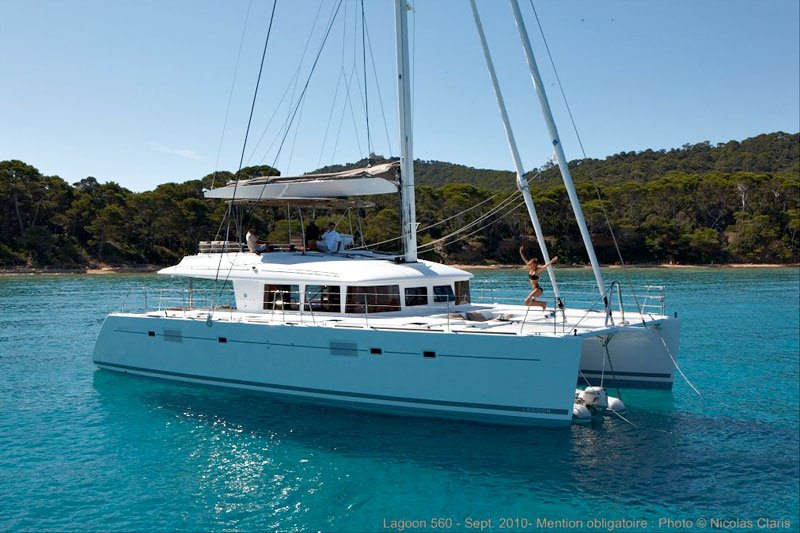 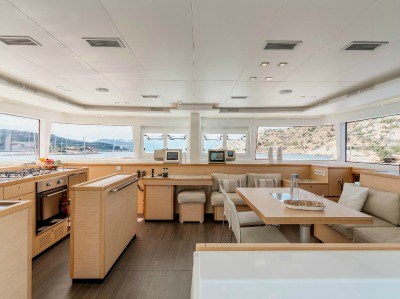 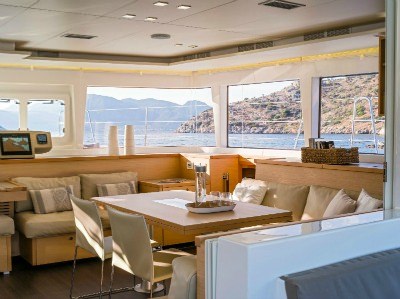 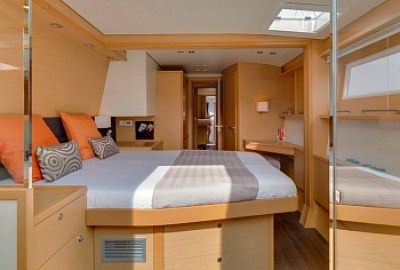 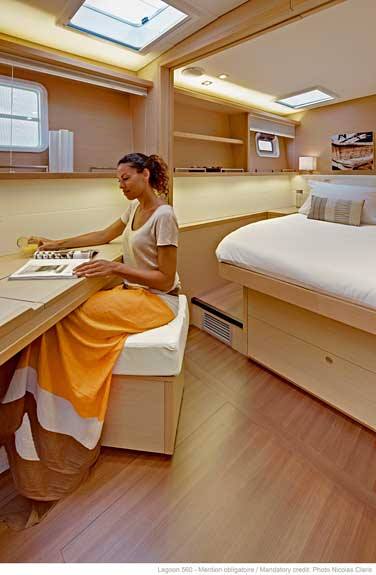 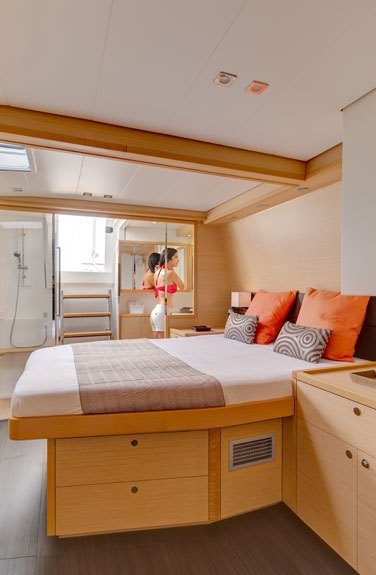 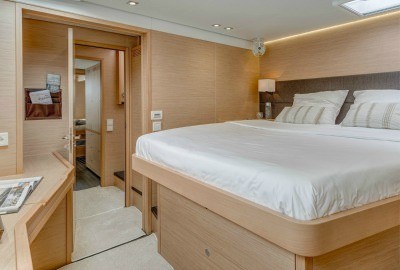 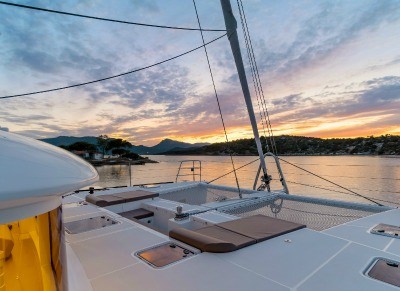 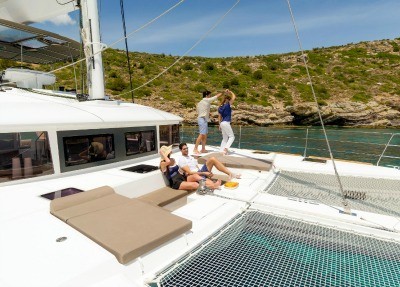 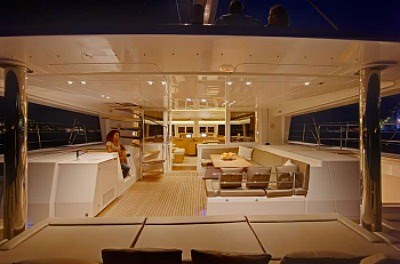 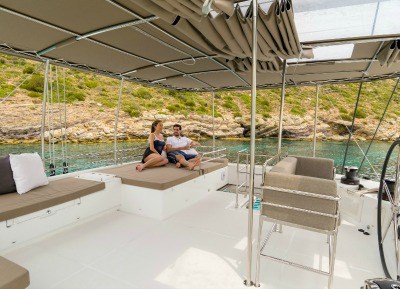 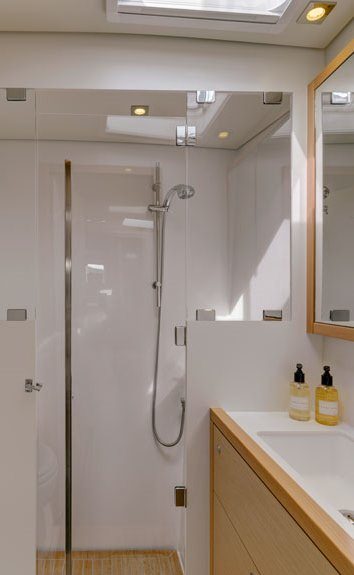 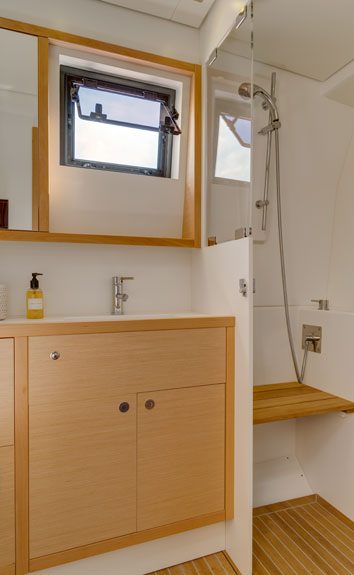 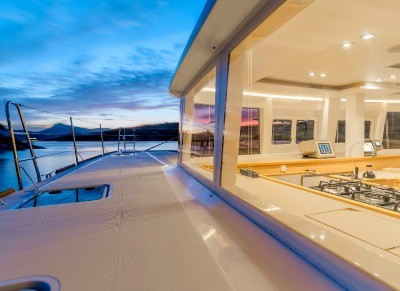 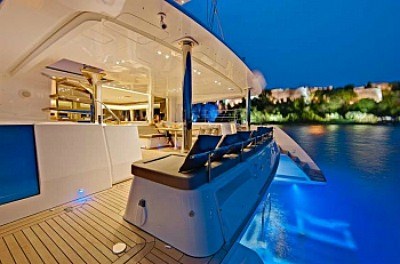 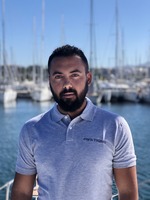 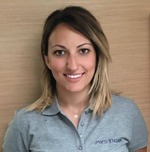 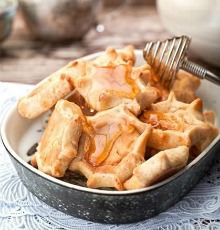 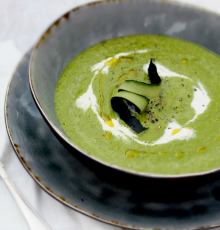 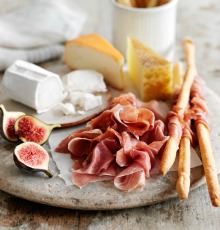 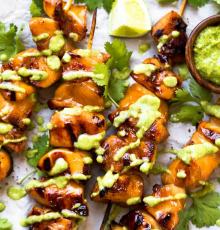 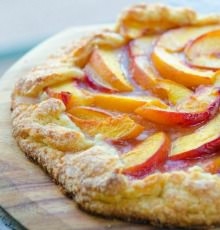 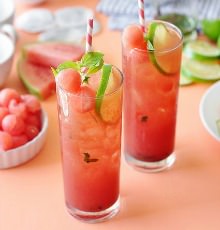 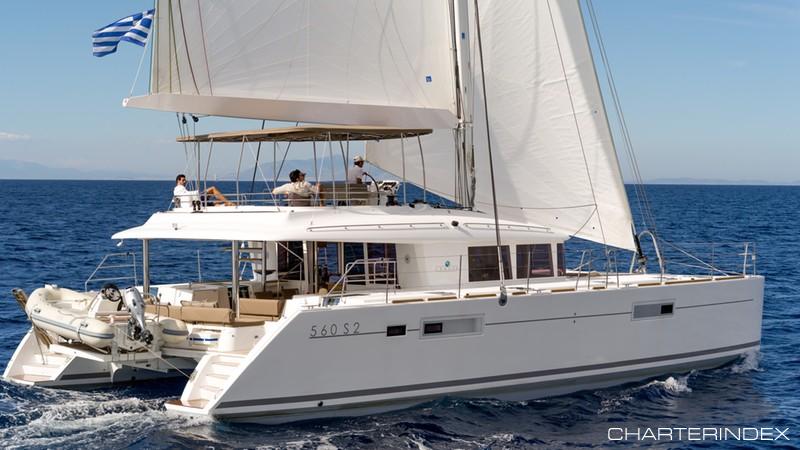 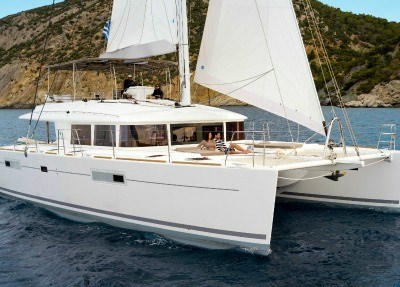 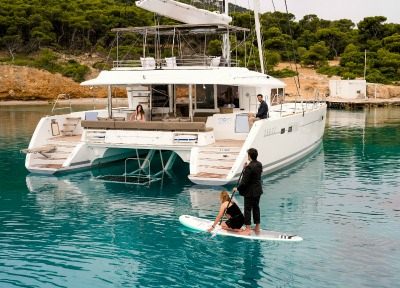 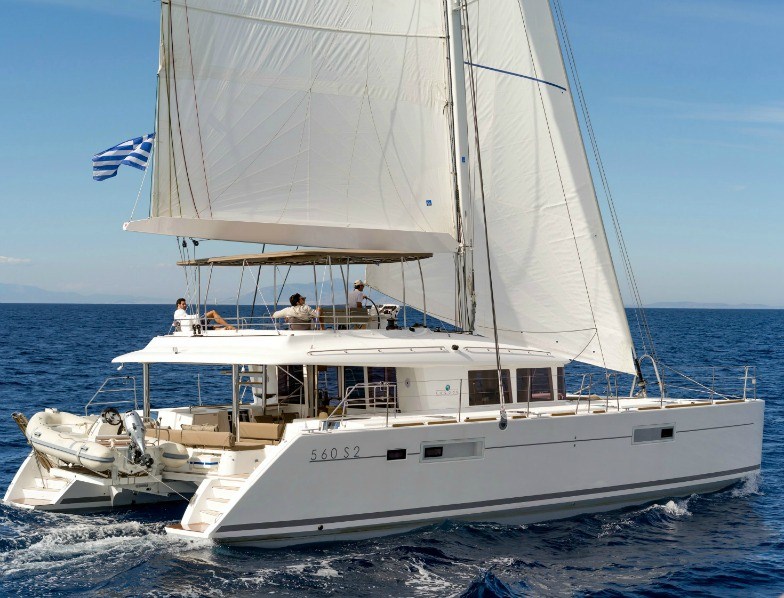 MOYA – 56’ Lagoon sailing catamaran, built in 2014, A++++! The yacht sails from Athens, Greece May through October for cruises through the Cyclades, Sporades, and Peloponesus Peninsula.

In addition to the deck saloon with windows all about, a main aft deck is where dining is done; sunbathing is on the bow and fly bridge.  There is a lot of boat here for 56 feet!

3 Crew – Greek captain Panos Gikas is assisted by chef Dafni.  The crew are aboard to show guests Greece; to point out the culture, which starts with the food and moves to the eye, then moves to the history.  Their job is to keep guests safe; the West Cyclades is the crew’s favorite cruising ground; the Cycladic culture, local foods; they go to the farmer to provision the yacht; they stop fishing boats in the ocean; they go alongside those fishing boat and get the fresh catch to make homemade cuisine, they catch fish themselves – tuna, mostly – they offer the Greek culture that is real.  The crew choose wines and beer with thought; and they provision according to the preference sheet; the real Greek ethnic varieties of home are offered.  The crew of 3 work as a team with safety first, then food, then clean and good service.  Captain Panos is great; late 30s, fifth season aboard, and chef Dafni comes to us from the 75’ charter catamaran Mamma Mia and before that the motor yacht Let it be.  She has tons of experience.

Information believed correct, but Nicholson’s cannot be responsible for content.