5 King Cabins, 2 of which converts to a Twin + 1 Single cabin with Pullman. 5 Guest Bathrooms. 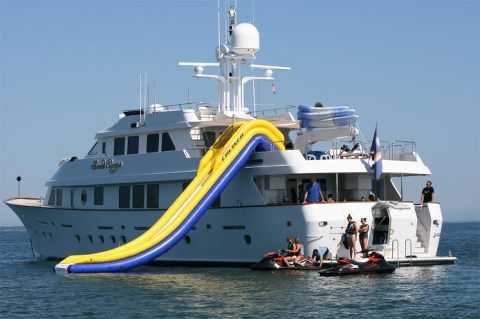 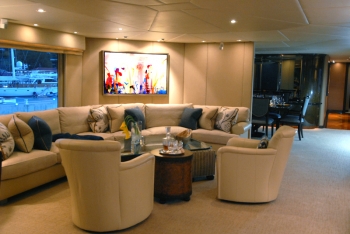 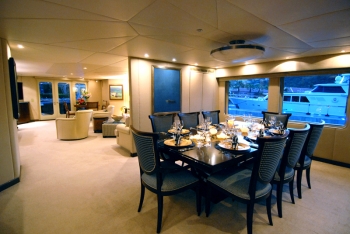 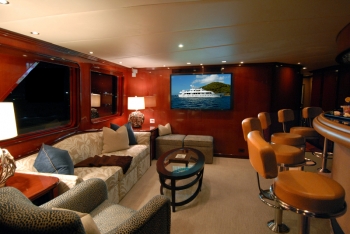 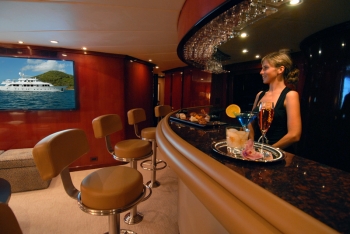 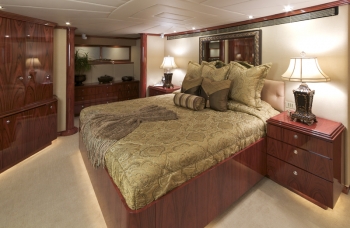 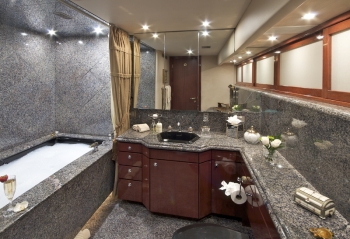 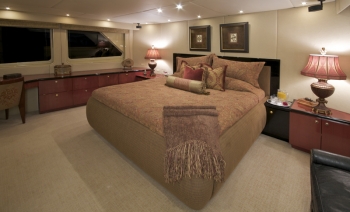 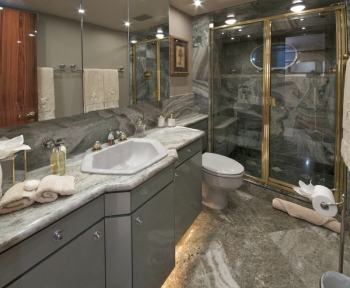 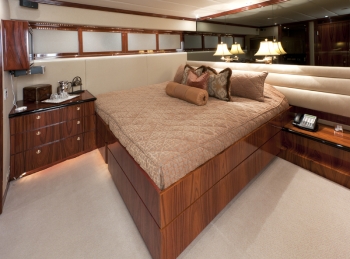 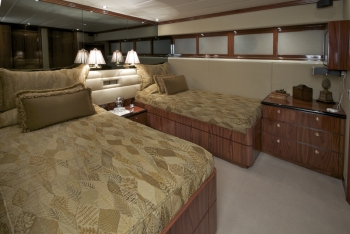 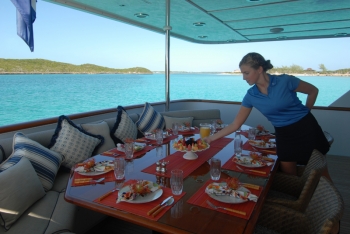 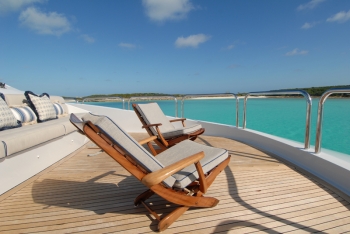 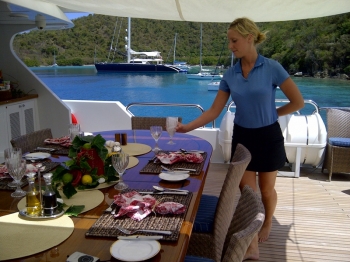 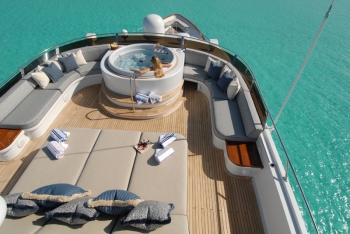 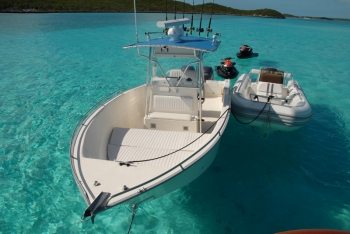 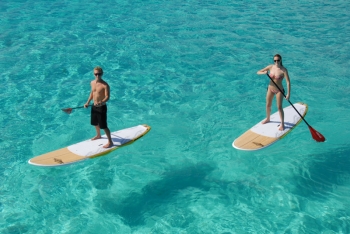 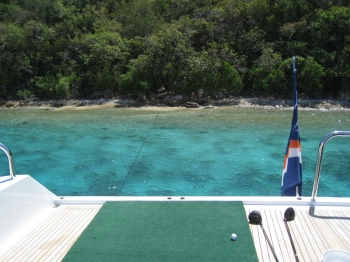 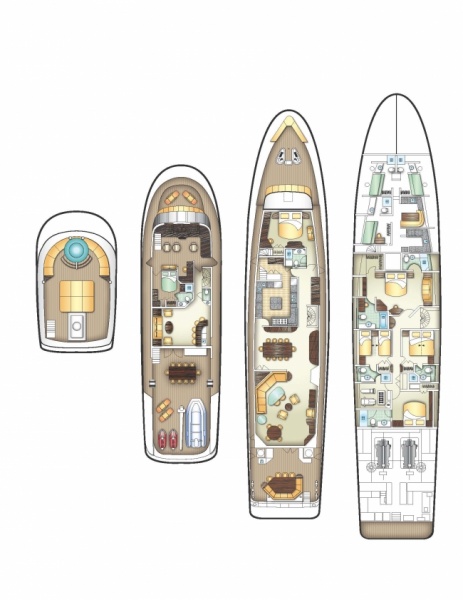 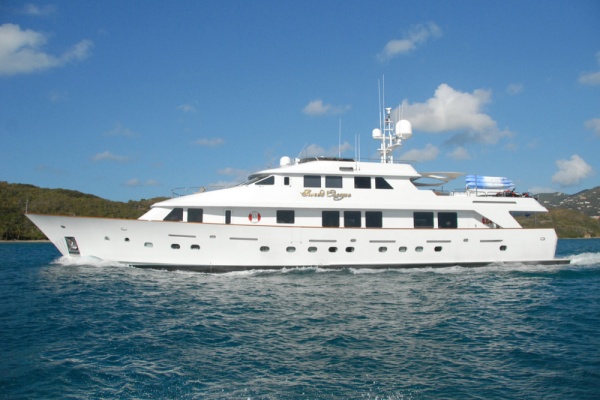 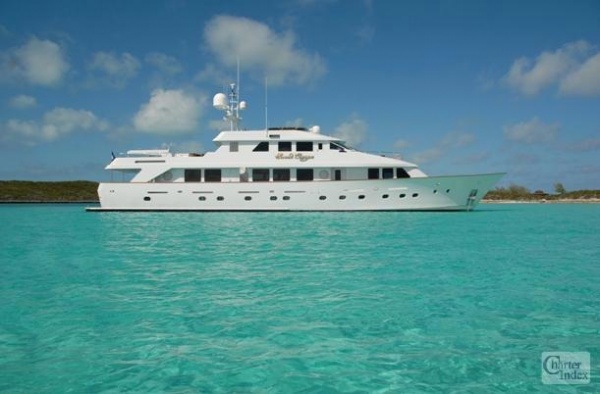 Specializing in ‘Romantic Couples’ charters, the 130′ Christensen (USA) motor yacht, SWEET ESCAPE in Florida, St. Thomas, and Croatia (2018) is fresh out of the shipyard and features a Five King Suite layout, two of which convert to Twins, ideal for couples and family charters.  ‘SWEET ESCAPE has always been a work-horse of a charter yacht, because the American owners always put ‘fun’ first.  That is, the crew were always charter savvy and planned fun-filled adventures for guests, and the owners supported them the financial support and marketing tools with which to do it.  This year SWEET ESCAPE has a new owner, who is equally dedicated to offering great charters, and the yacht will be coming out of the shipyard in late March, 2017 with a 6th stateroom in place of the gym:

SWEET ESCAPE is under new ownership and promises to be better than ever after a major overhaul.  The new charter-savvy Owner is currently converting the gym into a 6th stateroom; adding a day head onto the Main Deck forward of the Main Salon; and refurbishing all ensuite bathrooms, among other upgrades.  Two additional Jet Ski’s, including the flyboard attachment will be added to the inventory for a total of 4 Jet Ski’s.  SWEET ESCAPE will continue to offer SCUBA, fishing, and the popular giant water slide is available for all to enjoy.

SWEET ESCAPE has seven permanent crew. An 8th crew will be hired for 11 and 12-pax charters:

Cuan is a global citizen. He has lived all over the world and speaks English, Afrikaans and German fluently. After studying a degree in tourism and tour operations at university, he worked as a marine logistics supervisor at an offshore construction company. Eventually his love for exploring drew him to a career where he could regularly cruise areas off the beaten path, and these adventures continue to inspire him.

His genuine affinity for the ocean and sailing led him to a career in yachting at an early age. At eighteen he began sailing from his native South Africa to the British Virgin Islands. It was then onto motor yachts travelling the Caribbean, Mediterranean and South America. Cuan’s outstanding drive and determination pushed him to gain various maritime qualifications and became a Captain at the age of 24. After leading extensive charters in Southeast Asia and Indonesia for 4 years on a 130 ft motor yacht, his vessel won Best Superyacht of the Singapore Boat Show in 2013. Cuan then returned to Fort Lauderdale to gain his MCA Chief Mate 3000 and Master 350 license and search for a new adventure.

Cuan has joined the charter vessel Sweet Escape to utilize his strong hospitality background paired with his love for yachting. His primary focus on board is providing a safe and secure environment to allow the guests to relax completely whilst in his care. His keen eye for detail has allowed him to put together a professional program that will ensure the guests will want to ESCAPE with them again and again. Since a young age
Cuan has had a great passion for fishing and sharing the experience with others. He loves taking guests out on fishing excursions, returning with more than just fisherman’s tales.

Always upbeat, Cuan enjoys leading a winning crew. He has assembled a team of professional, fun, and well coordinated individuals that will surprise and entertain guests at every turn.  Being a Pisces, Cuan is drawn to the ocean and spends a majority of his free time kiteboarding, free diving, surfing and fishing.

One of the most notable assets onboard SWEET ESCAPE is her 5 King Suite layout, ideal for a romantic couples charter. Two of the King Suites are able to convert to twins for family charters, plus now a 6th Guest Stateroom can accommodate children or staff for a total of up to 12 guests. The 6th Guest Stateroom incorporates one single bed plus a bunk bed, and shares an ensuite bathroom with the port side convertible twin/king guest stateroom.

New Interior and Exterior Photography is scheduled for March 2017. All new Marketing tools to follow soonest.