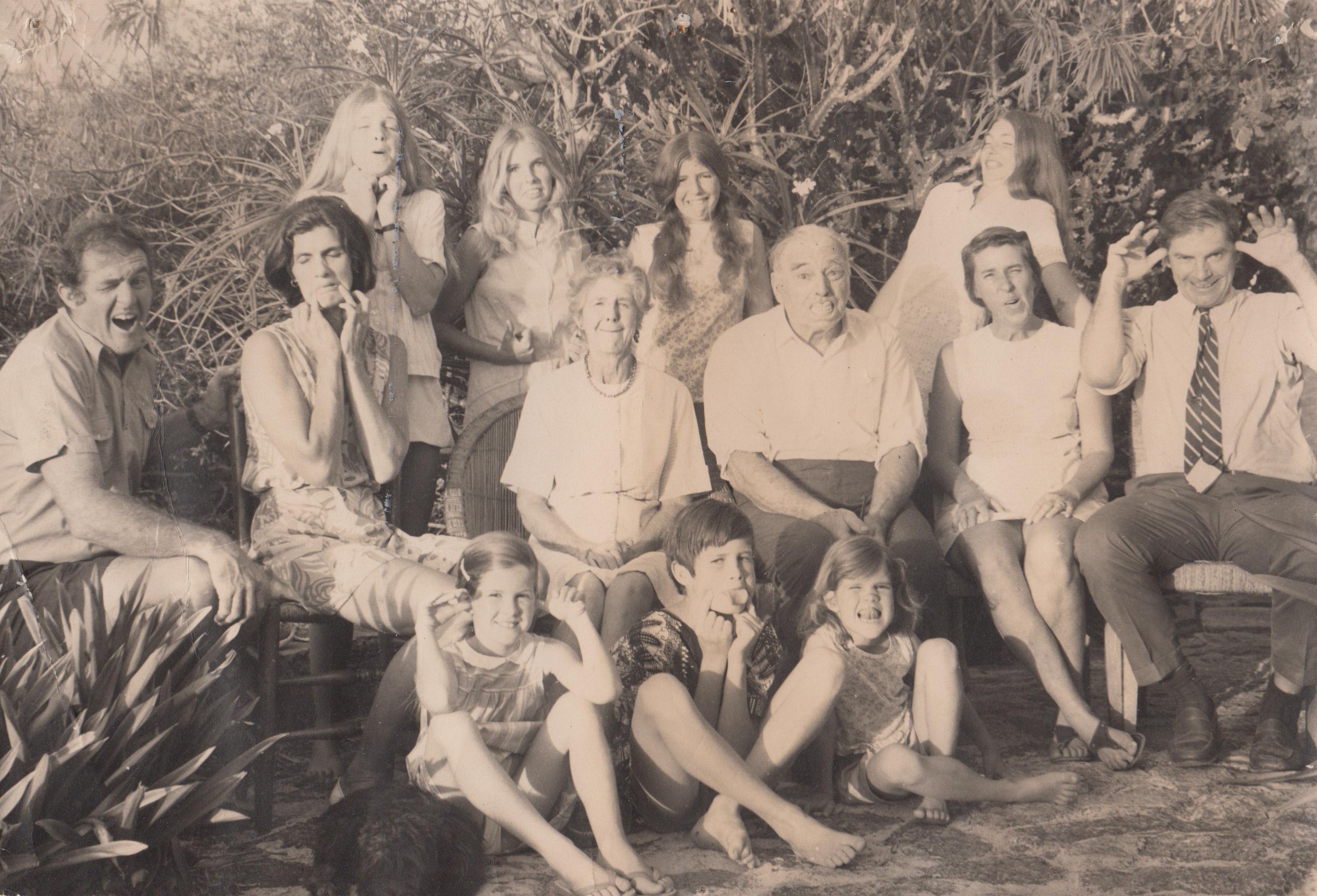 My grandfather Vernon E. B. Nicholson was a commander in the Royal Navy during World War II. His job was to scour the English countryside for suitable boats to convoy sailors to the beaches of Normandy, and there on the mud flats of Wittersham, Kent, he found and purchased the 70’ schooner Mollihawk. 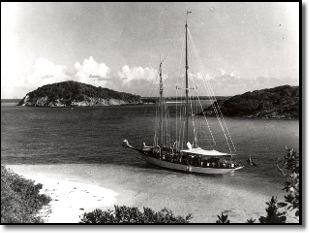 70′ schooner MOLLIHAWK, belonging to Commander V.E.B. Nicholson at anchor in the Tobago Cays, St. Vincent, circa 1954

The plan was to set sail from Ireland for Australia after the war. So the family sold their house and set sail for distant shores with my my grandfather, his wife Emmy, their two sons, Desmond and Rodney, the family silver and their cat, Amber, aboard. 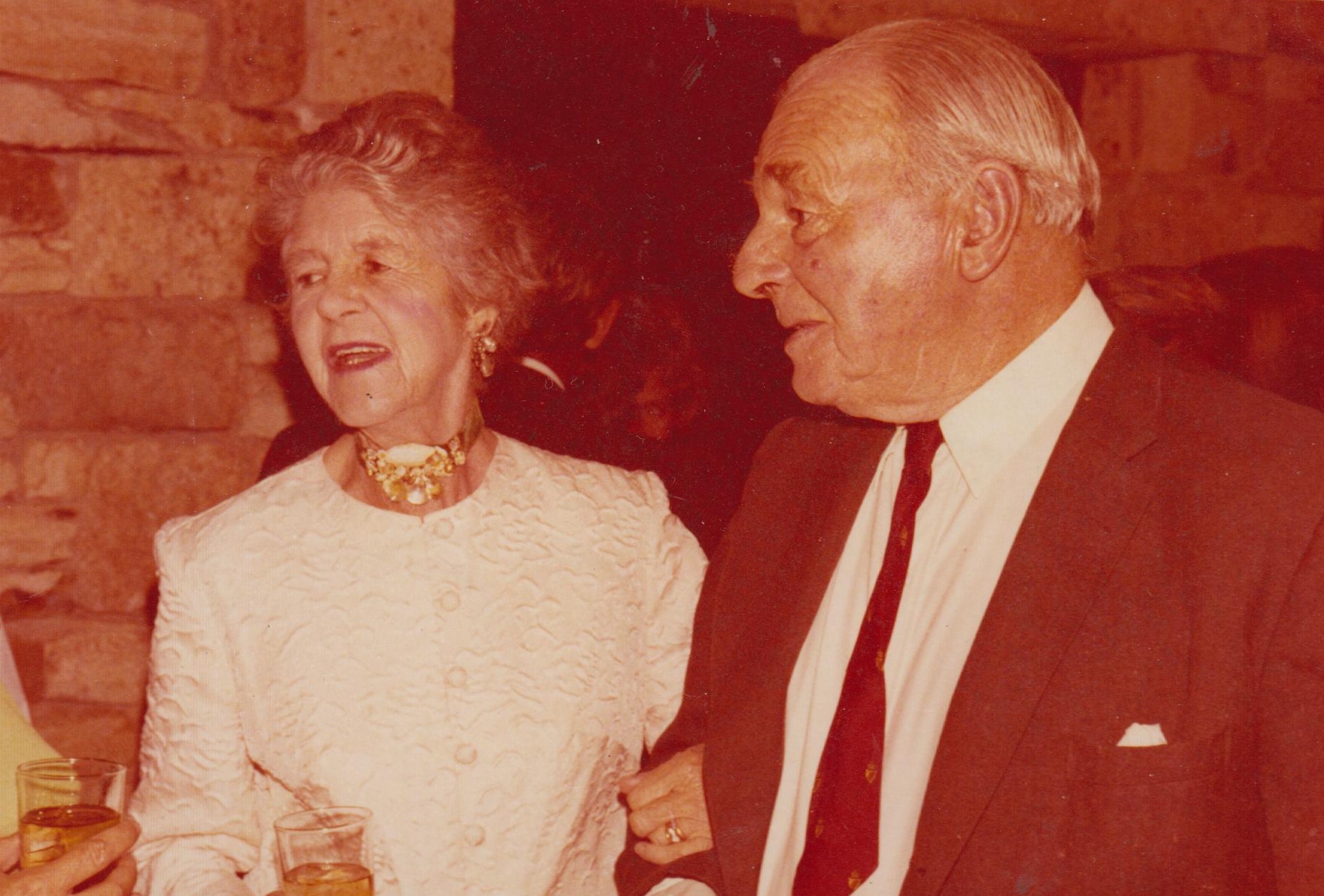 Off they went, first heading South toward the Canary Islands, then west to Bermuda, and finally they got to the Southern Caribbean, where they island-hopped their way back up the island chain until they finally arrived in Nelson’s Dockyard, Antigua in 1949. 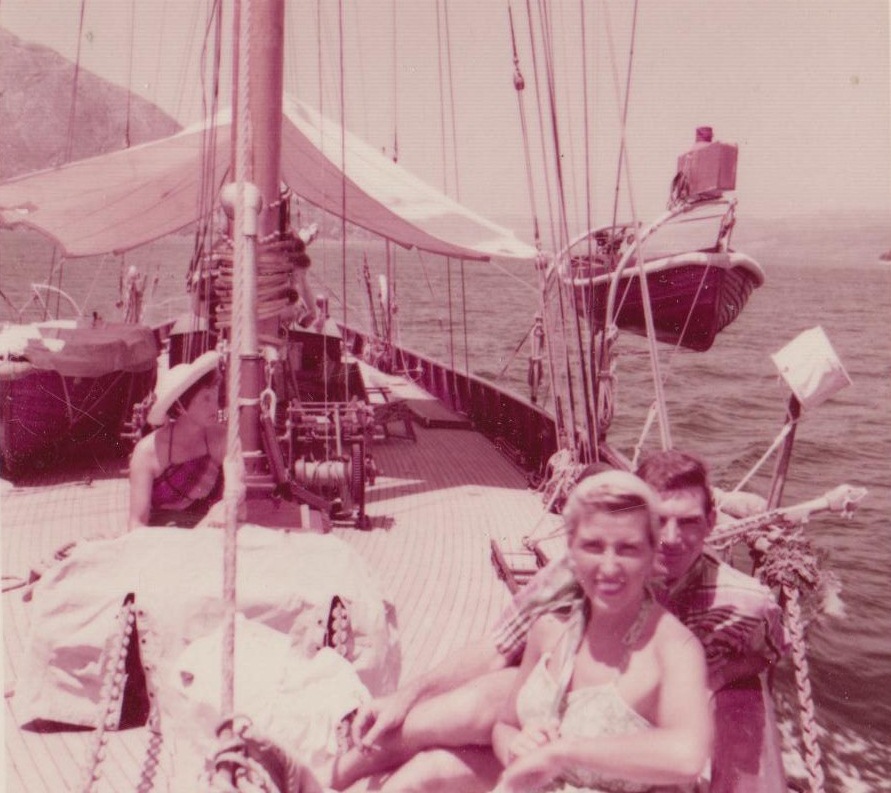 Cruising the Windward & Leeward Islands of the Caribbean aboard first Nicholson Charter Yacht, the 70′ schooner MOLLIHAWK, owned by Commander V.E.B. Nicholson, circa 1953

Now their cat Amber had not been neutered. So at every port, Amber got ashore and impregnated every cat that was in heat in the area. That meant all of them! My grandmother Emmy wrote a story about it. Amber fathered over 100 kittens in every port between the West Indies and England! Or was it that Amber was a female and gave birth to over 100 cats in her lifetime? At any rate, the story goes that the whole family would have to go ashore and call for Amber: “Amber! Where are you? Come here, Amber!” 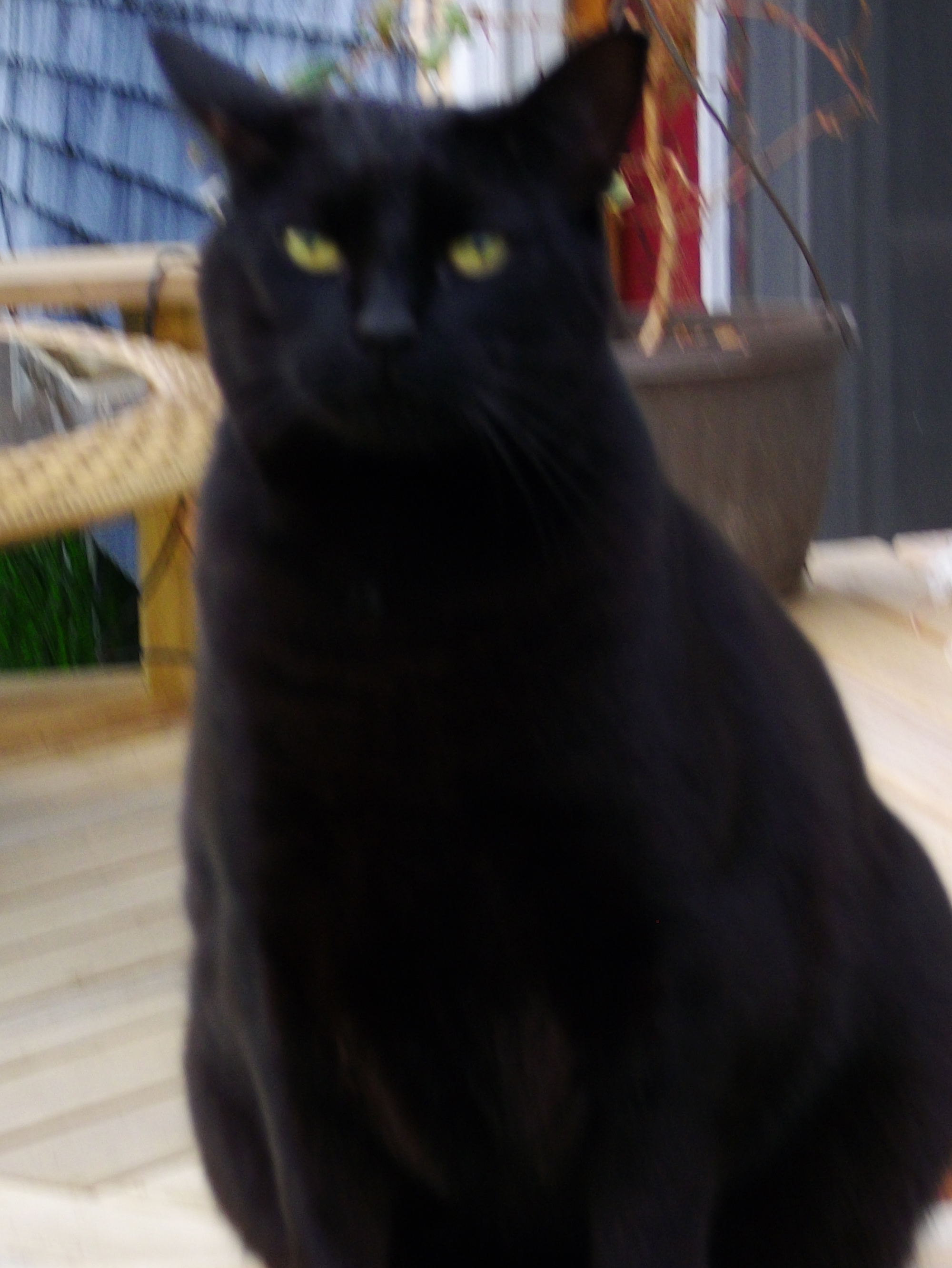 This is my cat “Beloved” from Antigua…. I brought her up to the States with me. You can bring a cat or dog in to the States with you, but you can’t bring one back without a certain amount of quarantine time, because the Caribbean islands are rabies-free….

Was my grandmother a strong lady, who just trusted to let her cat go ashore and hoped and prayed she would see him again? No! 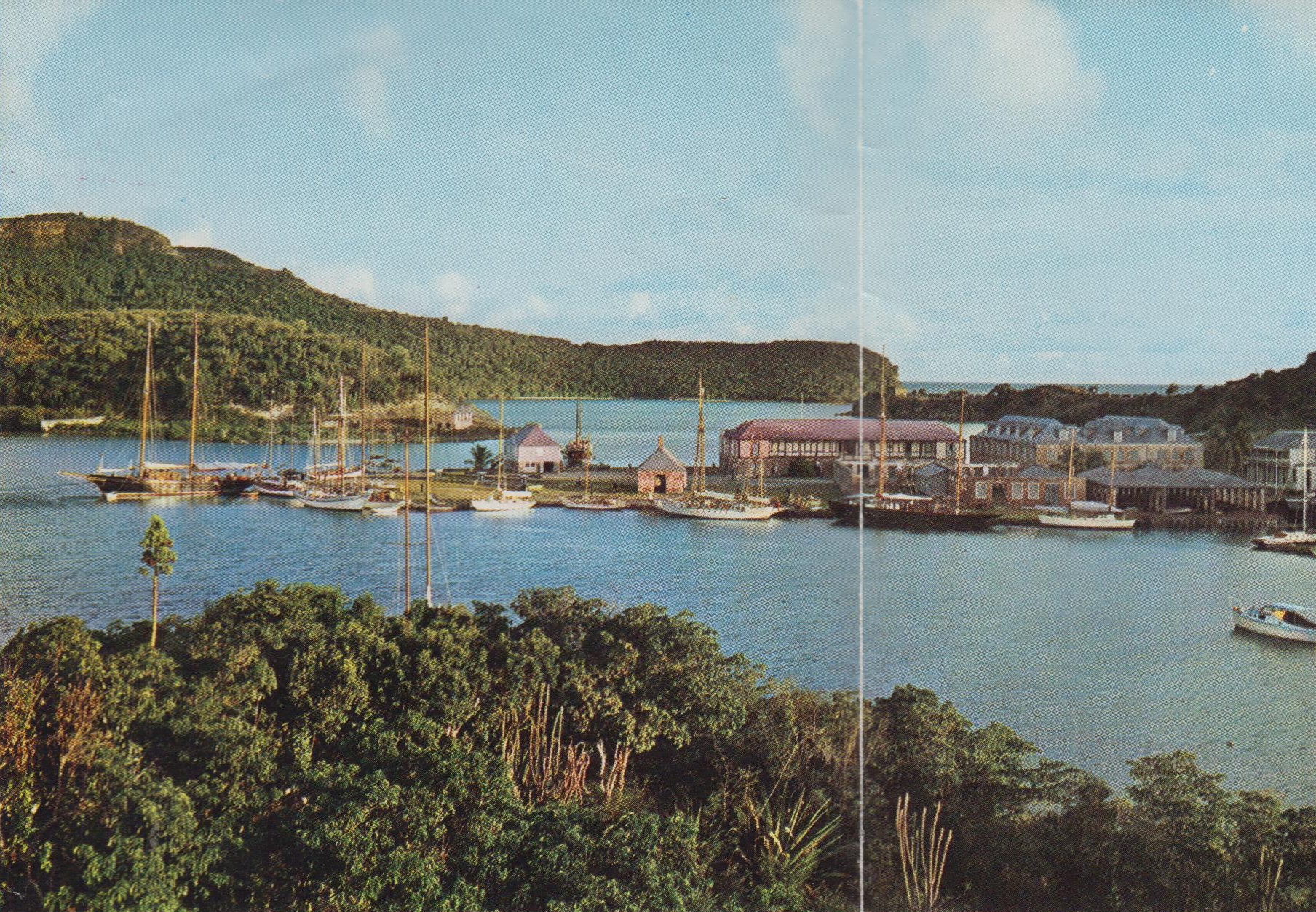 We all know cats don’t like water. But Amber was a different story. So strong was Amber’s desire to mate, he jumped overboard! Amber the Nicholson cat would jump overboard to mate with un-spade cats in every port! 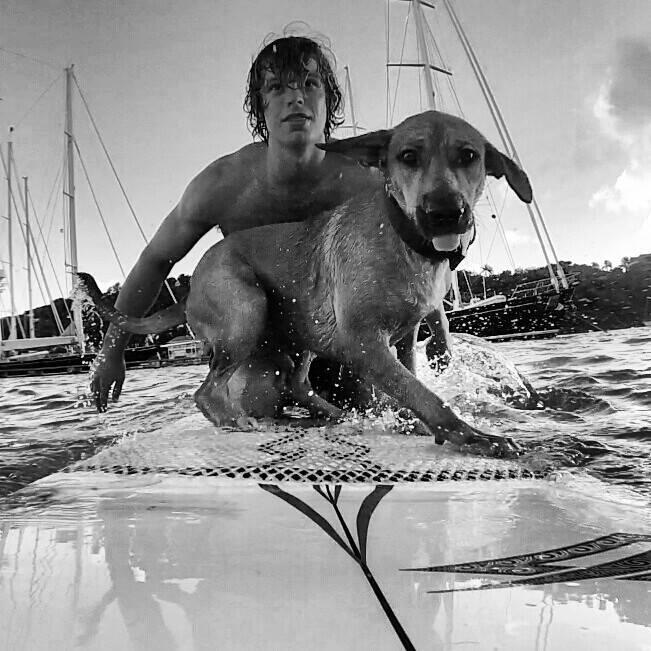 Rum Dog & Johnny on the Paddle Board. My sister’s dog in Antigua is well-loved by cruising yachtsmen.

As a child I often heard jokes about Amber the cat going AWOL – Absent With Out Leave. But I didn’t understand what my father was saying when he talked of Amber being AWOL… To me, AWOL was a common Royal Navy term…. It’s only now that I realize it was Amber’s determination to mate with other un-spade cats by jumping overboard that made him AWOL that was why it was such a nuisance. And perhaps this is the reason why my grandparents abandoned their plan to sail to Australia and settled in Antigua. It was probably easier to stay put than have to look for Amber in ever port! 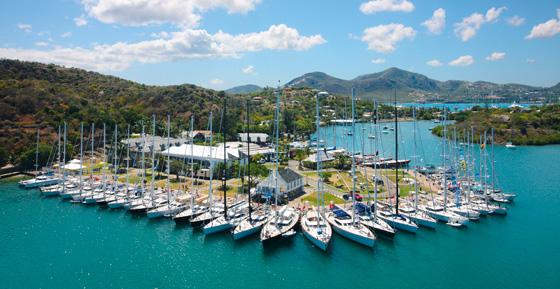 Today, cruising with your pet aboard a luxury charter yacht is available on a request-basis only. Some yachts are pet-friendly. Other yachts already have a pet aboard! The Caribbean is rabies-free, so inbound dogs and cats might have to be quarantined. The United States Virgin Islands might have lightened restrictions on pets entering the island. Small dogs can fly inside airplanes on a limited basis only and must purchase tickets. Large and medium-sized dogs that fit in crates meeting the maximum airline size dimensions must fly in crates under the plane. Very large dogs weighing over 100 lbs using crates too large to fit commercial air carriers are required to travel via air cargo, where there are restrictions on traveling in extreme heat and humidity… Please check with your airline, and contact Nicholson Yacht Charters, Inc. to charter with your pet.